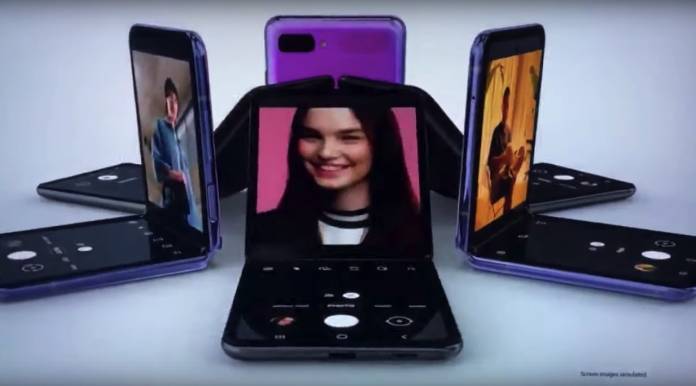 More on the upcoming Samsung Galaxy Z Flip. At the 92nd Academy Awards, Samsung launched a Galaxy Z Flip commercial. The Oscars 2020  is over just a few hours ago. The winners have been announced. Samsung got a slot to show off the foldable phone which probably got a lot of fans more excited about the new phone. We can’t say now this is the Samsung Galaxy Fold 2 because that is entirely a different line due later this year as we recently discovered.

So it’s official–almost. The ad confirms the images and live photos we’ve seen in the past. Just a while ago, we saw a couple of hands-on photos and the phone matches what we see in the commercial.

It’s still not clear if the official launch of the foldable phone will be tomorrow or February 14 but it’s definitely arriving very soon. The ad shows the world what Samsung’s new foldable phone is all about. It’s a clamshell smartphone that may rival the Motorola RAZR because of the same form.

The clamshell foldable phone doesn’t fold completely. It can sit on a flat surface on a 90-degree angle like a mini laptop. “Will there be a crease?” is the usual question. Samsung says, “You may notice a small crease in the center of the main screen, which is a natural characteristic of the screen” as a small print.

Samsung’s Galaxy Z Flip will be available in two colors: Black and Purple. We’ve seen the black version on the hands-on videos. The purple model we’ve also seen before in several images and teasers. 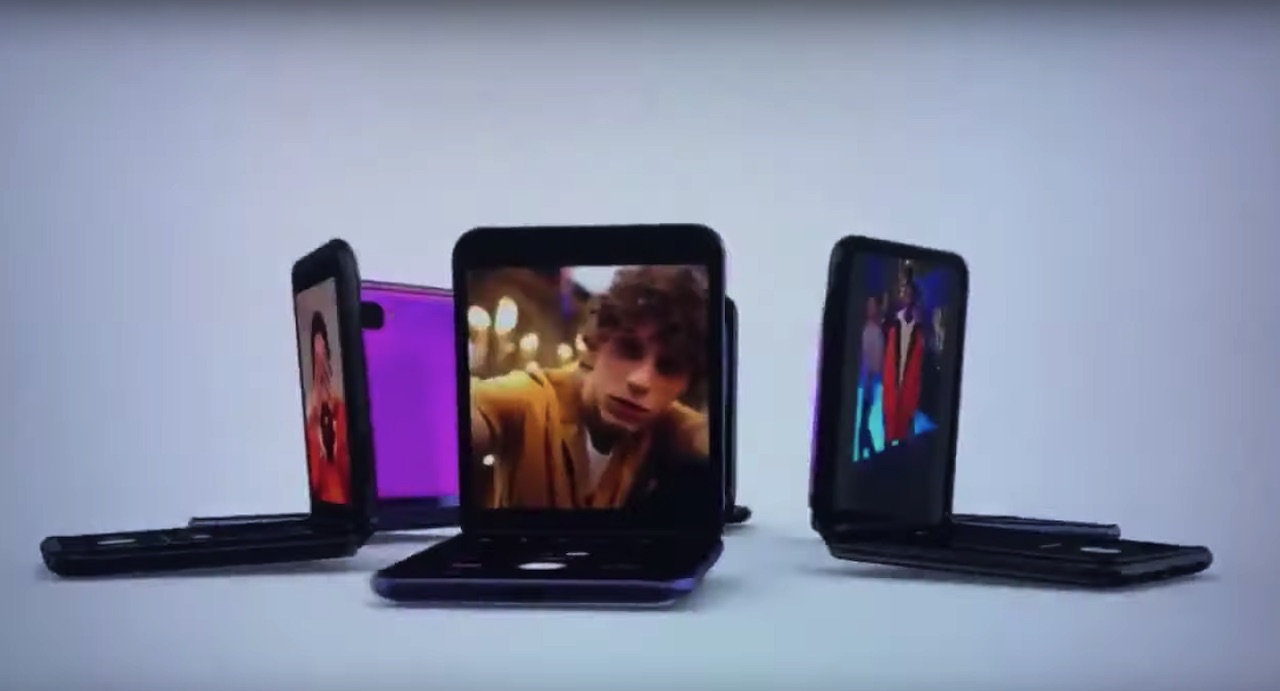 So far, we heard the Samsung Galaxy Z Flip will offer 12W wireless charging and stereo speakers. The phone may also arrive together with the Galaxy S20 series. It will be exclusive to AT&T. We said display may come with a crease but Samsung already had an answer.

The smartphone may have two “official” case options or a transparent cover. More Galaxy Z Flip info will be made public tomorrow. The double-fold design isn’t happening. The device is expected to have a better screen and a 3300mAh battery. So yeah, let’s just wait and see.