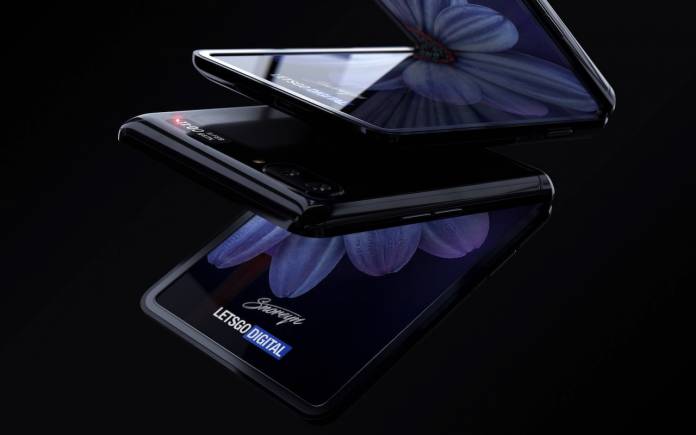 The next-gen Galaxy Fold model is most likely the Samsung Galaxy Z Flip. The ‘Flip’ in the name means the device will have a flip or clamshell design similar to the new Motorola RAZR. The latter is a new foldable phone from Motorola that was announced back in November but has yet to reach the market. As for the Galaxy Z Flip, the Samsung foldable phone has been a favorite topic since the first-gen was revealed. We’ve been looking forward to the next foldable device offering from the South Korean tech giant and it’s almost here.

The Samsung Galaxy Z Flip, codenamed Galaxy Bloom, will be revealed together with the new Galaxy S20 series. The foldable phone is said to be the more affordable version. It’s not clear how affordable is affordable but maybe a little over $1,000.

So far, we also know the Galaxy Z Flip (Galaxy Fold 2) will run on Snapdragon 855 processor and will get leather covers in black and silver. Of course, we can expect the clamshell design.

Samsung was very smart with the Galaxy Z Flip (just got word this is the name.)

They are using ultra thin glass and plastic. Samsung will be layering a plastic over the ultra thin glass for extra protection. If it gets scratched, it's only the plastic and not the display.

When it comes to the display, we can expect a flexible-foldable screen but this time, a more robust one compared to what the original Galaxy Fold had. It will be more resilient because of a plastic layer and an ultra-thin glass technology. The ultra-thin glass will be provided extra protection by a layer of plastic, making it easily repairable in the future.

The Galaxy Flip Z has a 3300 mAh battery. Along with the Snapdragon 855, this should be pretty ok in everything. About the same battery live as the mid size S10.

Details are scarce about the display but we know it will be stronger. It’s still going to be flexible and possibly reinforced with a hideaway hinge. The Galaxy Z Flip is also said to be powered by a 3300mAh battery.

The 3300mAh is small compared to other premium flagship phones but it’s good enough. It’s not clear if it’s just one battery or a total of two. We’re expecting two–one for each side of the display.