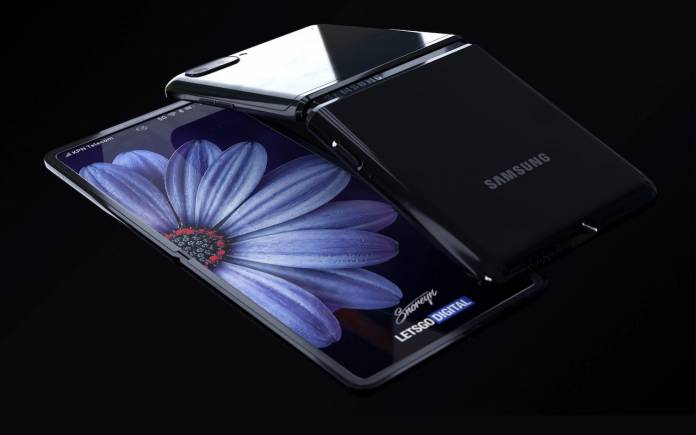 We still haven’t seen the official Samsung Galaxy Z Flip but it’s never too early to start dreaming of having one and finding the perfect accessory to go with it. The Korean OEM’s newest foray into a smartphone with foldable display will probably be met with a bit of skepticism after the sort of disappointment of the Galaxy Fold. But if you’re looking forward to getting the supposedly better foldable phone, then you would want to find out what accessories can go with it.

According to Mobile Fun UK, there are only two official case options for the Galaxy Z Flip: a black or white genuine leather cover. They are both made from high-grade genuine leather and they were created specifically to protect the folding design and multiple screens of the upcoming previous device. And because it is made from leather, you get a premium feel for your device without having to add more weight or bulk to it.

Both leather covers will allow you to have your screens accessible even when you fold it. At the same time, it will guard your smartphone’s body since you’ll be carrying around a premium and expensive device. Now we don’t know if having the case will contribute to minimize the wear and tear on your foldable device since that will probably one of your biggest challenges similar to what people experienced with the Galaxy Fold.

While those are the only two official options from Samsung, we can expect other case brands to start promoting their own cases for the Galaxy Z Flip. You’ll probably have cases from UAG, Olixar, and the other usual case suspects once the device becomes official or a few days before the launch. You’ll never run out of options although if you prefer to have the official, original case, you’ll have to settle for the black or white.

The Genuine Leather Case would cost around $130. We can expect the official announcement of the Galaxy Z Flip at Samsung’s event this February, alongside the next flagship which will probably be the Galaxy S20.