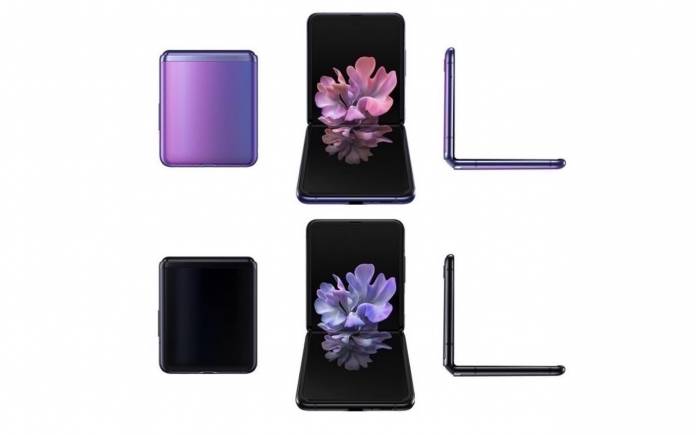 The Samsung Galaxy Z has been confirmed several times already. No doubt the South Korean tech giant is working on the next-gen foldable phone. It will be different from the original, first-gen Galaxy Fold with its clamshell design. That said, it is expected to rival the upcoming new Motorola RAZR. Specs and features have been listed already but we’re expecting more information will be shared until the official announcement. This is the first time we’re learning about the audio and charging specs but the foldable phone is said to come with stereo speakers and 12W wireless charging.

The next foldable phone from Samsung is initially thought to launch on February 11 alongside the Galaxy S20 series phone at an Unpacked event but now we’re hearing a February 14 launch. Other information recently identified include the external screen known as ‘Focus Display’. We’re very much interested in the Galaxy Z’s screen because the first Galaxy Fold’s display was problematic.

The Galaxy X Flip may come with an exterior panel that measures 1.05-inches. It’s not exactly a Cover Display because of the small size. It will only be good for showing notifications, incoming calls or messages, date, time, and other quick information.

When it comes to audio, the Galaxy Z Flip will have stereo speakers. We don’t think it will be AKG-tuned but it sure would be nice if it is.

The clamshell foldable may offer 9W Wireless PowerShare and 12W wireless charging powers. It’s similar to what the Galaxy Note 10 offers. When it comes to battery capacity, the total will be 3,300mAh. There will be two batteries: a 925mAh and a 2375mAh.