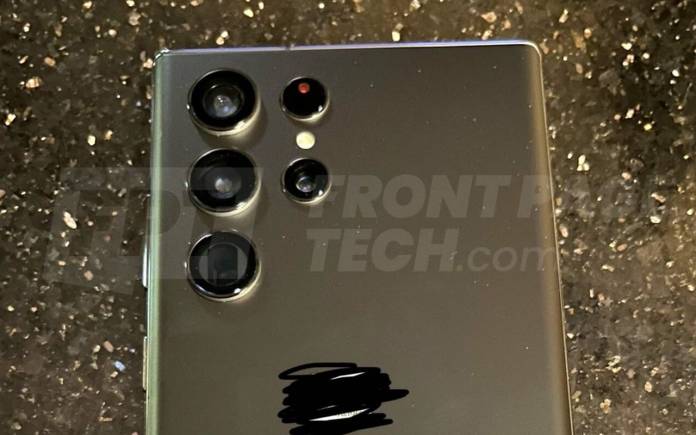 Not much new information have been provided but the pictures say a lot. A source has shared a set of real-life photos of the upcoming Samsung Galaxy S22 Ultra. The set is a first look at the upcoming Ultra variant of South Korean tech giant’s premium flagship offering. The phone will arrive with two other models: the regular Galaxy S22 and the Galaxy S22+. They will be different from one another but the most distinguishing feature of the Ultra will be the S-Pen support.

The Galaxy S22 Ultra will follow the Galaxy S21 Ultra. This one though will be better as it may possibly come with a built-in slot like previous Galaxy Note phones. Other sources have also said that Ultra will be more different from the other two models that will be very similar with each other in many ways.

The Samsung Galaxy S22 Ultra in the photos show curved edges. They don’t really appear flat. The S-Pen slot will be there on the left side.

The phone appears to be thick. That’s probably because of the S-Pen slot. The cameras are placed in a P-shaped array although others have described it as a waterdrop design. Interestingly, there is no camera island. The four rear cameras are said to be 108MP main + 12MP ultra-wide + 10MP 3X telephoto + 10MP 10X telephoto (10X zoom camera).

Samsung has not really confirmed anything but we are hopeful the launch will not be delayed. A February launch is anticipated as the Galaxy S21 FE may also silently launch in January. So far, we mentioned the S22 Ultra may also come in a new color option—green.

The smartphone may still have a 5000mAh battery and 45W fast charging. The Galaxy S22 Ultra name has been confirmed so don’t expect it to be called the Galaxy Note 22 Ultra.

The different camera and frame design is demonstrated by these photos. Definitely, the smartphone will not use a 200MP camera. It is also said to run on Exynos 2200 or Snapdragon 898 in different markets.