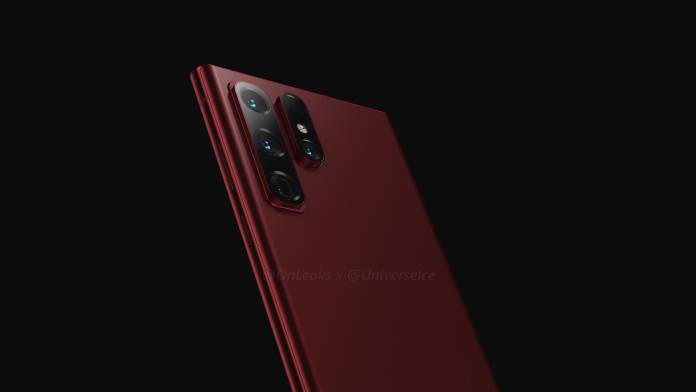 There won’t be an end to this: different sources releasing details and images about the upcoming Samsung Galaxy S22 series. There seems to be a competition who knows more or what. It doesn’t really matter who does because in the end, we will confirm everything from the company. One of the most popular topics here is the next-gen premium flagship from the South Korean tech giant. The Galaxy S22 phones are expected to be announced in early 2022 with a number of new features and surprises.

Recently, we learned the higher-specced Galaxy S22+ could be called the Galaxy S22 Pro while the Galaxy S22 Ultra could be the Galaxy Note 22 Ultra. It’s a new idea but we won’t be surprised if it turns out to be true. The latter will offer the same S-Pen support.

Several details have been leaked already including the 50MP camera system on the regular Galaxy S22 and Plus version. The Ultra variant may still come with 108MP and not a 200MP camera. Batteries may also be of lower capacity and withr 45W charging support. The phones may not use the under-display camera technology yet.

The latest images that surfaced tell us a newer design. Ice universe (@UniverseIce) has shown phones with a boxy design that may remind you of the Galaxy Note 20. Soon after, Steve Hemmerstoffer (@onleaks) has shared another set of images.

A red Galaxy S22 Ultra has been rendered. The images appear to be for a prototype only. The two photos show the phones with the same body frame. The difference lies on the camera module. One image is similar to what Ice universe has also shown.

Comparing the images the two sources presented, they also differ in the frame design. Ice universe has revealed a phone with buttons on the side. Steve H.’s version doesn’t show any. The frames are also different in the sense Ice’s version is curved. Steve’s renders show a uniform side frame design.

The Galaxy S22 Ultra is turning to be quite an exciting phone because of all these details and photos we are discovering. Let’s see how the smartphone will really look like next year.