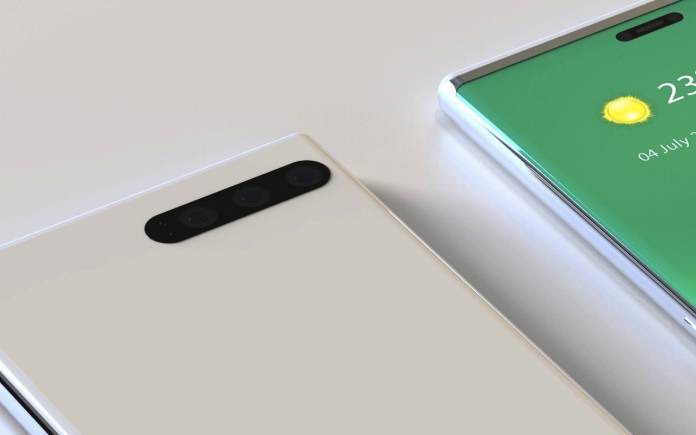 There will never be an end to us saying, “It’s never too early for rumors, leaks, and speculations” especially if the topic is the next premium flagship from Samsung. The South Korean tech giant is still working on the S11 but we have mentioned the smartphone several times. No confirmation on the details we have reported so like us, take things with a grain of salt. However, we believe product development may be over and soon, we’ll be seeing prototypes in the coming weeks.

The Galaxy S11e may come with a 4000mAh battery while the Galaxy S11 series may arrive in five variants and three sizes. Just yesterday, we noted the Samsung Galaxy S11 could allow 8K video recording and 108MP photos.

Today, we’re learning more about the future of the Galaxy S11 display. Samsung may follow other OEMs when it comes to screen technology. We’ve been seeing waterfall screens in the past few months and it seems Samsung is also leaning towards this technology.

There is a move towards an almost bezel-less display but it’s a bit challenging. Recent displays show a waterfall design, giving that illusion of no side frames. The question now is will the Galaxy S11 have the same display tech?

Chinese tech leakster @UniverseIce is saying it will not happen. Samsung is believed to be abandoning the idea after some tests. We’re not sure why but the phone may get thinner frames and a high refresh rate of 90 or 120Hz. The phone is also said to run on Qualcomm Snapdragon 865 chipset or Exynos 9830 SoC and will feature a Super AMOLED display (still curved but not too curved) with Dynamic support and HDR10+ certification. 4G and 5G versions will be available.