OnePlus 6T is one if the numerous smartphones that will be unveiled this October. On October 17 exactly, the Chinese OEM will be making an important announcement and it is expected to introduce innovation. The new OnePlus phone will have a Fingerprint On Display which means it will be ahead of Samsung in this area. The under-display fingerprint sensor is relatively a new technology which top tech giants have already started to implement.

We’ve seen several leaks and renders already but we’ve got the latest we think are closest to the real thing. The OnePlus 6T will definitely be better with more premium specs. OnePlus never settles for mediocrity so we can expect the 6T will be an upgrade from the OnePlus 6.

The device boasts a 6.41-inch OLED screen with 2340 x 1080 pixel resolution, on-display fingerprint reader, 3700mAh battery, and a waterdrop notch. The main design hasn’t changed except for the notch where only the selfie camera can be found. The front speaker-earpiece is slightly above the cam.

OnePlus will release the same Midnight Black and Mirror Black version of the OnePlus 6T. The Midnight Black will have a frosted surface. As we already mentioned, there will be no headphone jack. 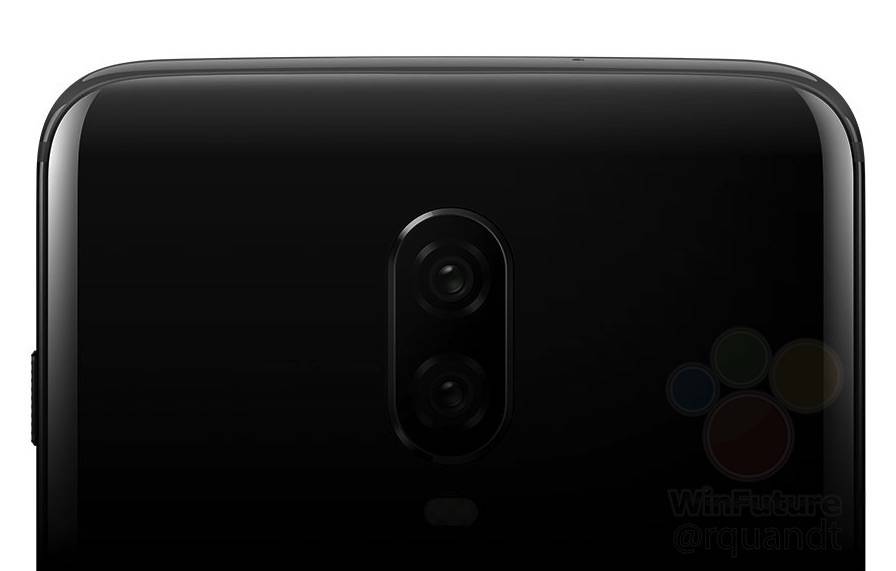 We’re only looking at a dual camera setup and not triple cameras. There’s still the dual LED flash, Qualcomm Snapdragon 845 processor, up to 8GB of RAM, 64GB or 128GB onboard storage, and of course, Android 9.0 Pie.

The OnePlus 6T is only one of the many Android phones coming this October. Those image renders and 360-degree video made public last week were believable.

We know the OnePlus 6T will ‘Unlock the Speed’ as we’re being given new information about some small design changes including the Fingerprint-on-Display, waterdrop notch, and triple rear cameras.

That retail box we earlier saw gave us an idea about the under-display sensor after a Weibo sighting. We’ll confirm all the details we know on October 17 and when it will finally come to a US carrier.