The OnePlus 6T is set to arrive in the coming weeks. After all the rumors and leaks, we’ll get to know what the new OnePlus will be. This ‘T’ variant has been teased since last month. The first time was when we were told it would be coming to a US mobile carrier. A OnePlus phone was then sighted on Weibo which we thought could be the OnePlus 6T. There’s also that retail box that appeared, showing an under-display fingerprint sensor.

Earlier this month, we saw a OnePlus 6T Red phone rendered with a waterdrop notch and triple rear cameras. The device is also believed to feature a Fingerprint-on-Display.

We know the OnePlus 6T won’t have a headphone jack but OnePlus isn’t worried. Here is a new image that is probably that closest we have to the real thing.

Some components are said to have been rearranged inside. The noise-canceling mic usually found on the upper edge of the phone is now on the left side. The OLED screen measures 6.41-inches with 2340 x 1080 pixel resolution and a 19.5:9 aspect ratio. The waterdrop notch remains. 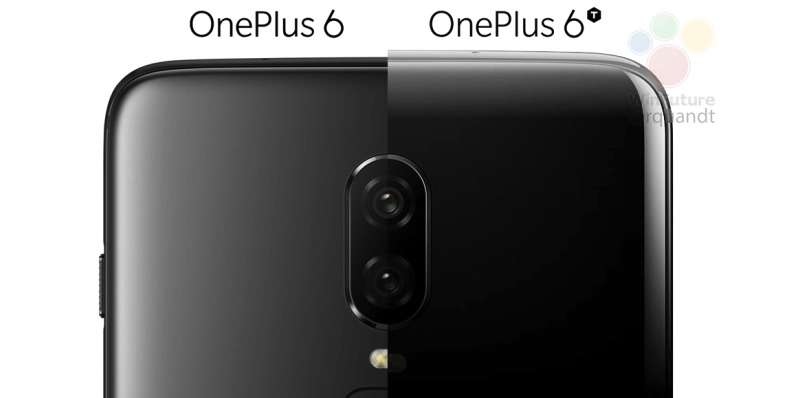