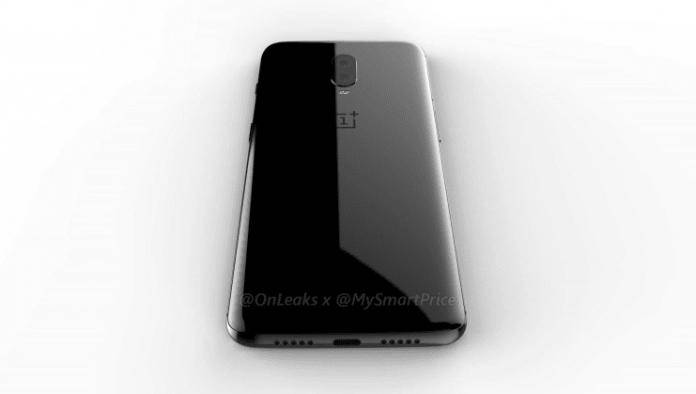 The OnePlus 6T will be one of the many flagship phones that are due to launch this coming October. Much has been said about this device from the Chinese OEM. We know it’s finally and officially coming to a US mobile carrier. It was earlier sighted on Weibo while the retail box also appeared online. It looked legit and we learned the smartphone might include an under-display fingerprint sensor. As per that OnePlus 6T Red sighting, the phone will also have triple rear cameras and a waterdrop notch.

We’re looking forward to that Fingerprint-on-Display. The absence of a headphone jack doesn’t really bother us.

OnePlus 6T first official renders surfaced online last week with small design changes. And yesterday, what appears to be a press invitation was posted on Weibo.

On October 17, OnePlus will “Unlock the Speed” by presenting the new OnePlus model at a special event in India. Today, we’re presented with image renders and a video by OnLeaks.

The OnePlus 6T may remind you a bit of OPPO F9 and R17 series. The waterdrop notch is obvious so we can expect aspect ratio will be higher. There’s only a dual-camera setup contrary to the triple rear system we noted earlier. We’re guessing the dual-LED flash module can explain why we thought there were three cams.

The phone is said to have a large 6.4-inch display and dimensions of 157.5 x 75.7 x 8.2mm–a bit thicker compared to the OnePlus 6. The battery will be bigger in capacity.