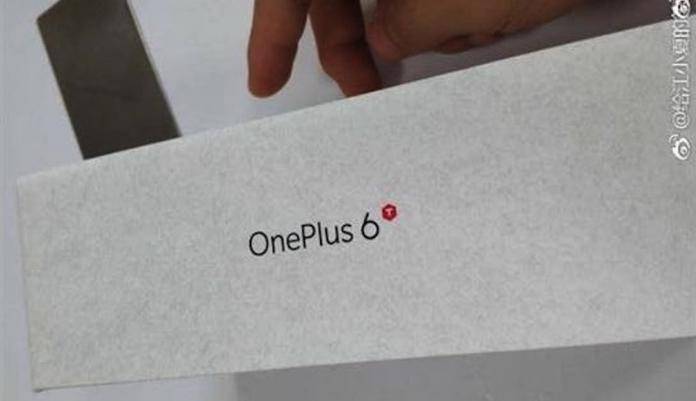 OnePlus is said to be rolling out the OnePlus 6T as it happens each year but we also heard of the possibility it could be revealed in January 2019. We doubt it will happen and so we’re still looking forward to a Q4 launch. We also believe it would finally come to a US carrier and it would be T-Mobile. There is no official confirmation or announcement of market release but having an official partner means support will be readily available.

Recently posted on Weibo is another set of photos of what could be the retail box of a OnePlus 6T. It’s only a box but the post tells us the Chinese OEM is preparing for the impending launch.

We can’t tell if they are real because anyone can make a retail box and release fake information but the illustration on the photos tells us the OnePlus 6T might have a fingerprint on display (FOD).

We’re guessing the feature will be similar to what the Sharp Aquos S2, Vivo X20Plus UD, and the Vivo NEX. The Meizu 16 and Meizu 16 Plus, Xiaomi Mi 8, the Vivo X21 UD, and the future Samsung Galaxy S10 with its Fingerprint On Display technologyg.