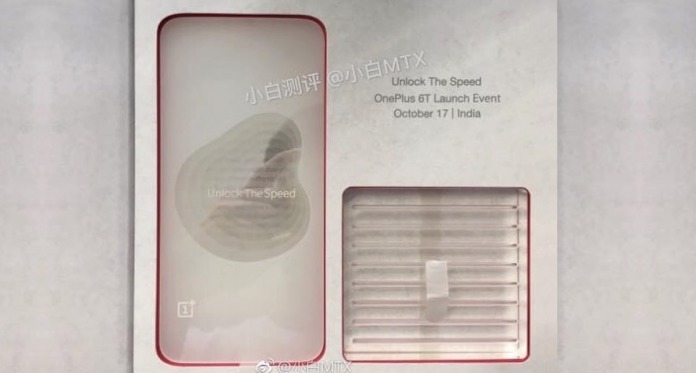 The OnePlus 6T is coming. It’s coming to a US carrier finally as we mentioned last month but we still don’t know when it will be announced. We thought of a delay and the possibility of a January release but a lot of information point to something that will be unveiled before 2018 ends. We’ve been expecting a November launch since the OnePlus 5T was revealed the same month last year. Now we’ve got info about an October launch, thanks to this press invite.

We’re not really sure if it’s an official press invitation but looks like it based on the details we want to know. There’s an ‘Unlock the Speed’ reference we’re assuming the OnePlus 6T will be really speedy.

It was earlier sighted in Weibo but we weren’t sure then if it’s the OnePlus 6T. We only felt confident when a retail box appeared showing an under-display fingerprint sensor.

A OnePlus 6T Red phone was rendered with a waterdrop notch and triple rear cameras. That looked real and we got to confirm the fingerprint on display for the upcoming model. Unfortunately, it won’t have a 3.5mm headphone jack but OnePlus isn’t worried because the new OnePlus Type-C Bullets are impressive. 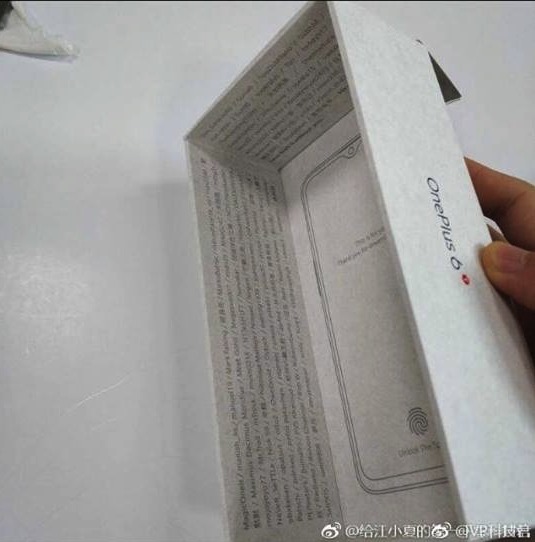 Last week, a OnePlus 6T first official render appeared online with small design changes and now this invitation to the OnePlus 6T Launch Event on October 17 in India. There is no mention where in India exactly but we have a feeling a more formal and more official teaser will be revealed anytime soon.

So geeks, please save the date: October 17. OnePlus will be launching the new OnePlus 6T.