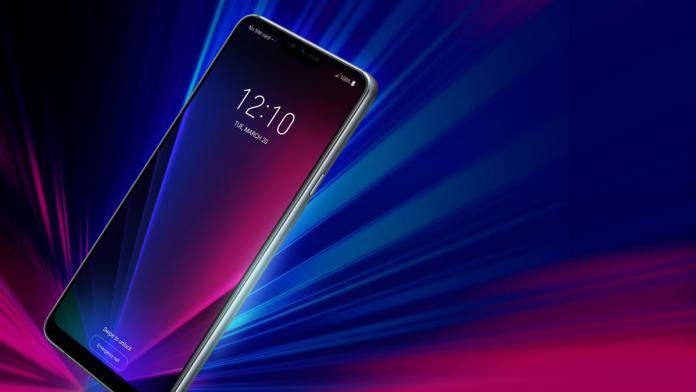 We’re counting the days until LG’s grand reveal of the new G flagship. The LG G7 will be called as the LG G7 ThinQ. It’s been a favorite subject of mobile industry watchers who want to know what trend LG will introduce this time. You see, the other South Korean tech giant usually implements a new feature and trend each year that major OEMs follow. Last year, it was the 18:9 display. For this year, it will show the notch although it’s the first company to use the design.

A new image teaser shows the phone in full. Not that we haven’t seen the new-generation device but we see a new button placed at the side. It may remind you of a Samsung Galaxy phone’s Bixby button. We’re not sure what this one is but it’s possibly the power button. It could simply be a Bixby-like button to quickly launch a smart assistant (Google Assistant perhaps) or maybe for a different function.

The LG G7 ThinQ looks like a V30 but then again the V30 looks like the G6. LG isn’t changing much in the design direction but we know how much the company is changing in many areas. It has changed business strategies as part of its rebranding campaign and decided to make changes with development. So far, the following features have been confirmed: iris scanner, Snapdragon 845 processor, Qualcomm Quick Charge 4.0, AI features, bigger display, notch housing the selfie camera-earpiece-ambient sensor, OLED or LCD variants, and the dual 16MP rear cameras and 6-inch 18:9 display recently detailed.