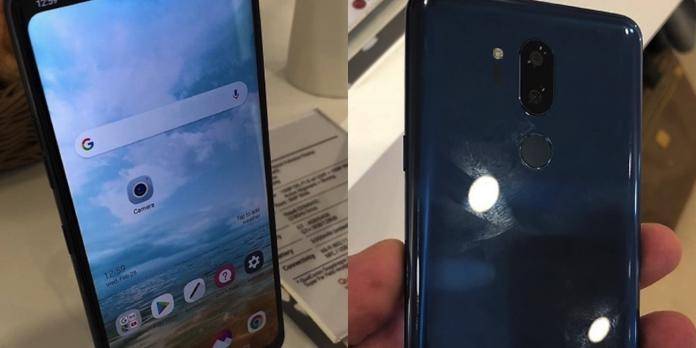 LG is scheduled to unveil the new G7 ThinQ phone on May 2 in the US. That is May 3 in South Korea and so we’re excited to confirm all the information we’ve heard so far. We know several things already including the fact it will focus more on AI technologies. The next-gen premium flagship phone offering will feature a notch that houses a selfie camera, earpiece, and ambient sensor. We’ve also seen several renders and a 360-degree video so we somehow know what to expect.

LG has been thinking of rebranding the G-series offering and this G7 is the first evidence. The iris scanner, Qualcomm Snapdragon 845, and Quick Charge 4.0 will be part of the new LG G7 phone. It will have that notch for a bigger real screen estate plus the choice between OLED and LCD variants. In the next couple of weeks, expect the LG G7 ThinQ with some features similar to the LG V30.

The LG G7 ThinQ will surely have a 6-inch screen plus 16MP dual rear cameras. The display should be bigger and with QHD+ OLED resolution, FullVision, and 18:9 aspect ratio. LG seems to be already testing the new G7 on a bigger scale.