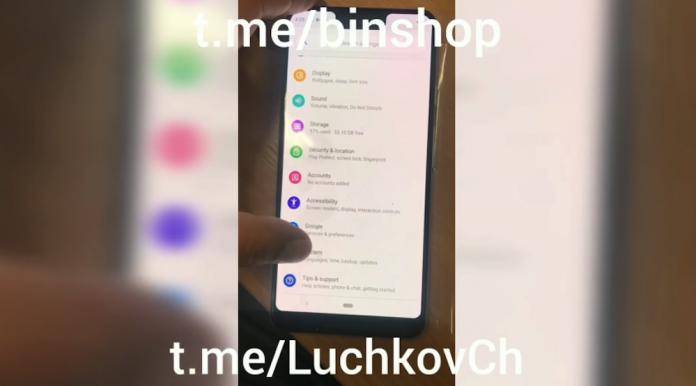 After that Google Pixel 3 XL unboxing video made public last week, here’s a new one that shows off the smartphone in action. It’s more like a quick run through of the phone running on Android 9 PieThe most remarkable detail in the video is the huge notch that may remind you of the OnePlus 6. The next-gen Pixel phones are scheduled to roll out in less than two months and we’ve got some information already. As early as April, we knew the Google Pixel 3 is in the works as shown in an AOSP.

Google Pixel 3 XL details were leaked, showing what we want to see. We’ve been saying it’s going to make you drool or confused or both and we told you why the mid-range Pixel still matters.

The next Pixel 3 and Pixel 3 XL phones are believed to have the long overdue standard face recognition support. The Pixel 3 and 3 XL screens will be different from each other and you need to choose your size.

The notch on the Pixel 3 XL is real and big. The phone’s back is fully glass. More features are being revealed including that idea of a Pixel Stand wireless charger as referenced in the Google app beta.

We also sighted a white and chin-heavy Pixel 3 XL. There’s that launch date and information on the new tech benchmark site as well.

That unboxing video from last week revealed to us numerous things. Another preview video below reveals the specs.

The Google Pixel 3 XL is said to feature a large 6.7-inch screen, a notch, 1440 x 2960 pixel resolution, 494ppi, Qualcomm Snapdragon 845 processor, 4GB RAM, 64GB onboard storage, 12MP rear camera, 8MP selfie shooter, and a 3430mAh battery. As for the Pixel 3, it will be a smaller version with a 5.3-inch screen. You won’t see any notch but the other specs and features are almost the same.