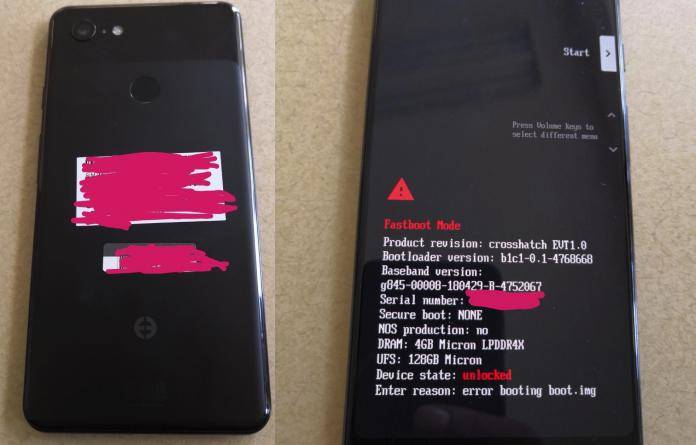 Even without announcing the real Android P dessert, we’re certain Google is already working on the next-gen Pixel phone. It’s already in the works as shown in an AOSP. There’s a bigger variant, the Pixel 3 XL, and we’ve got some details leaked. The Pixel 3 duo is said to make us drool or confused or both. The main difference isn’t just the screen size because one of the two will have a notch. The bigger model is said to have the notch perhaps in preparation for the full bezel-less phone.

Recently on the XDA Forums, someone posted images of what is believed to be a prototype Pixel 3 XL. We can confirm the notch is there. This is just the Pixel 3 XL, not the smaller Pixel 3. Not much details are mentioned but the notch appears to be deep. We see what appears to be the earpiece in the middle and possibly two cameras (dual cam setup) but the other could just be the flash. We’re guessing those sensors have something to do with face recognition which will soon be supported on Android P.

So the notch is definitely real. It’s big and very obvious which may be difficult to hide. We’re not sure about the design because there may be people who won’t like the aesthetics. A smaller notch may still be better. To us, a bigger notch seems to be just an extended bezel. What’s the point of a notch if it will be large enough to be considered a forehead.

More phones have been shared. Real-life images of the Pixel 3 XL are ready for our inspection.

The images show a glass back but we can’t tell yet if it will offer wireless charging. There’s a speaker grill at the bottom. At the back panel is a fingerprint scanner so don’t expect any in-display fingerprint scanner from the Pixel line–not yet. There’s only one rear camera here.

We understand Google’s decision not to use a dual camera system because the Google Camera app is still one of the best. No need for hardware or better specs because the software will be enough.

There’s no 3.5mm anywhere so it’s a bit disappointing. Then again, this means the Pixel 3XL will be thinner. We see a USB Type-C port at the bottom and a SIM card tray on the left.