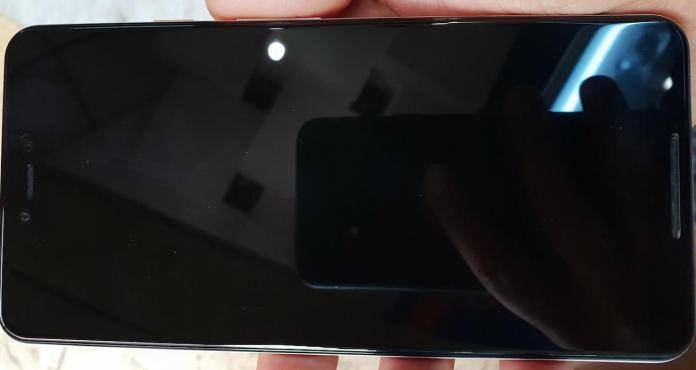 Even when all tech channels are busy talking about the Galaxy Note 9 and the next-gen Apple iPhone, the Android community isn’t forgetting the next Pixel 3 and the Pixel 3 XL. Much has been said about the Pixel phones that replaced the Nexus line some time ago. The phones have been in the works since April as shown in an AOSP. Pixel 3 XL details were leaked and we saw everything we want to see. We thought then the Pixel will probably make us drool or confused or both.

The Google Pixel 3 features were made known to us and we’re certain it will not have any notch. We’re looking forward to a Pixel Stand wireless charger as once referenced in the Google app beta.

We’ve only seen a few rendered and leaked images of what could be the Pixel XL but a set of photos appeared on XDA Forums. A certain dr.guru shared these images of what is believed to be a white Google Pixel 3 XL. The exclusive pictures somehow match earlier illustrations.

We see the wide notch on top of the front screen where the earpiece is placed between the selfie camera and flash. There’s still a wide chin at the bottom so we can’t say this is almost bezel-less yet. Unlike the earlier images where a black/gray Pixel phone is shown, the Pixel 3 XL here appears in white. At the back, we only see a single rear camera a flash and that white, round fingerprint scanner. There’s not much change in the design but we’re hoping the bezels will be smaller.

The source claimed he took the photos himself. It is believed to be a production model. There is no Android OS loaded because according to the forum member, Google erased it remotely. We’re not sure how it happened but it’s possible. The phone must have been lost by a tester or a friend managed to get a hold of it without his knowledge.

The Google Pixel 3 and the Pixel 3 XL aren’t due until October. There’s more time for the tech giant to finalize the specs, production, and testing so expect related information and more leaked images in the coming months.