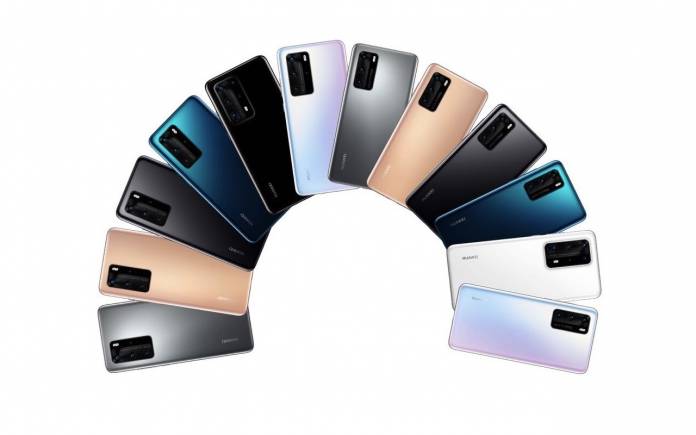 The new Huawei P series phones are coming. D-Day is closer than ever as we have just seen another image teaser. The image above shows the design and all the possible colors of the Huawei P40 and Huawei P40 Pro. We’re only expecting the two since the Huawei P40 Lite has been announced already. As early as December, Huawei P40 specs and images were leaked with a penta-camera system. More renders surfaced and it was confirmed the new phones would be arriving this March.

So far, we know it won’t have a graphene battery. The phones will indeed come with a Leica penta-camera system. We’ve already seen its camera module design and the four curved hole design. A dual selfie camera system can also be expected.

It was mentioned before the Huawei P40 Pro may arrive in Mint Green color but we don’t see it in the image. The phone is launching very soon as some units have been sighted in the wild. The new camera module will definitely come with more advanced cameras and other imaging features.

Also shared on Weibo is a teaser video for the Huawei P40. The exact launch date will be March 26 which is Thursday, next week.

A second-gen periscope zoom camera may be expected. Of course, the technologies from the Huawei P30 will be improved here including the 50x digital zoom, 5x optical zoom, and max of 10x hybrid zoom. When it comes to color options, we can expect the following: Black, Blue, Gold, Silver, and a gradient Breathing Crystal finish.