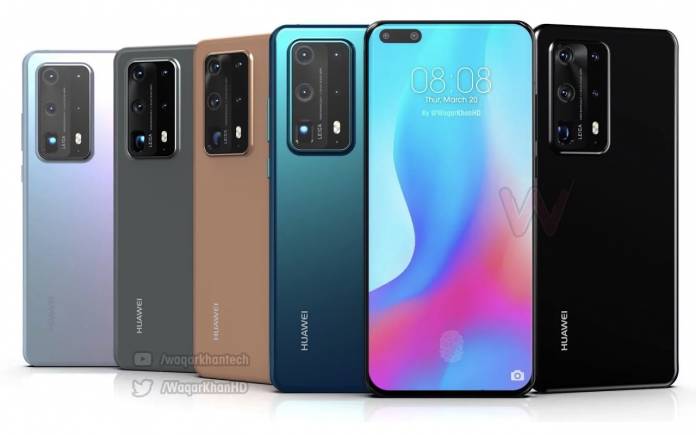 The new Huawei premium flagship phones will be unveiled later this March. On March 26 via a special online event, the top Chinese mobile OEM will present the new Huawei P40 and Huawei P40 Pro. We’re particularly excited for the pair because Huawei yearly comes up with the best premium phones. Each year, the Huawei P tops the DxOmark rankings until it’s edged out by a new Huawei Mate phone. The Huawei P30 is no longer King but we’re expecting the Huawei P40 Pro will take the crown back.

More Huawei P40 Pro details are being revealed. One image showed the new camera module. The Huawei P40 phone has been sighted in the wild several times. The new flagship phones are launching very soon.

So far, we know the Huawei P40 series will arrive with Leica rear cams and dual selfie shooters. A mint green color version may be introduced. The Huawei P40 Pro will be a premium flagship offering and it is seen to exceed expectations especially in the imaging department.

No exact details have been provided but Huawei said there will be a second-generation periscope zoom camera. Most of the camera features will build upon the technologies of the Huawei P30. The zoom features on the P30 Pro like 5x optical zoom, 50x digital zoom, and up to 10x hybrid zoom will be further improved.

Huawei is expected to deliver the best in smartphone zoom technology and the highest AI capability. It will run on the latest Huawei Kirin 990 5G chipset. Huawei will also offer an enhanced RYYB filter tech.

The Huawei P40 Series may come in Aurora and Amber Sunrise. A new material may also be introduced. Let’s wait and see for the official launch event.