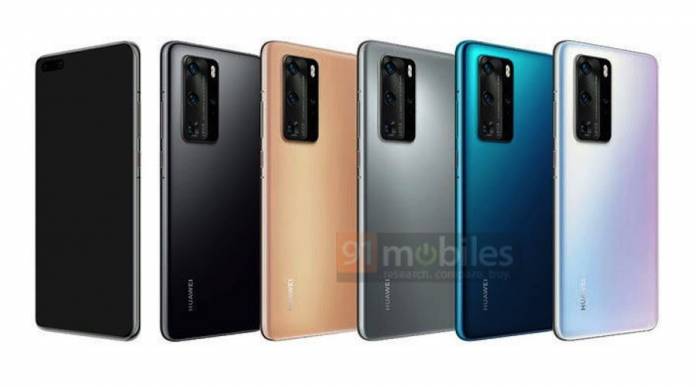 Huawei is all set to introduce its newest premium flagship smartphone series. We will have to wait for a while but the phones are scheduled to be announced next month. An official launch date has been provided: March 26, 2020. A special event will be held in Paris, France—the city where the top Chinese mobile OEM usually makes those special announcements. Three variants are expected to be made public soon: the Huawei P40 Lite, Huawei P40, and the higher-specced Huawei P40 Pro.

Focusing on the Huawei P40 Pro, the phone will come equipped with a large 6.7-inch screen, Quad-HD+ OLED tech, HiSilicon Kirin 990 processor, up to 12GB RAM, 512GB onboard storage, and a microSD card slot for memory expansion. The phone may also come with a 3D ToF sensor that is usually utilized for 3D sensing for AR and time of flight.

When it comes to imaging, the smartphone is said to be headlined by a 52MP Sony IMX700 camera with 10x optical zoom. There is also information the Huawei P40 Pro will be able to support Wi-Fi 6+ which is faster now. Color options include Blush Gold, Silver Frost, Ice White, Black, and Deep Sea Blue.

As Google and Huawei reiterated the other day, the Huawei P40 series will not use any Google or Android service. The company will be using Huawei Mobile Services (HMS).

That’s the reality now and it’s not going to change anytime soon. The phone may launch in the middle of April with pre-order beginning on March 26 or the next day.