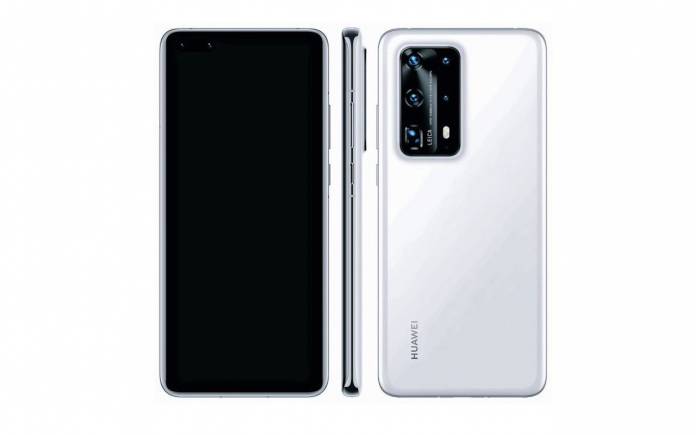 The new Huawei P40 series is launching very soon. We’re only waiting for D-Day to come. Expect more speculations, rumors, and leaks will be revealed in the coming days and weeks. You see, as early as December last year, specs and images were leaked showing a penta-camera system. Several details have been shared as well including a March arrival and a graphene battery on the Pro version which turned out to be false. The Leica Penta-camera system was confirmed already which may be presented with a new camera module design.

The Huawei P40 Pro may also come with a four curved hole design, better cameras, and dual selfie shooters. The Huawei P40 will arrive in different variants: a regular one, Pro, and Lite. The Huawei P40 Lite already launched in Europe but is actually just a rehashed Huawei Nova 6 SE.

A Huawei P40 phone was sighted in the wild last week and over the weekend, a new imaged surface on Twitter together with some specs. According to Teme (@RODENT950), the Huawei P40 Pro’s camera system will boast a 52MP IMX700 (Hexadeca Bayer) RYYB 1/1.28″, 40MP IMX650 ultra-wide Cine RGGB 1/1.5″, 10x optical dual prism periscope zoom with 2P1G lenses, 3x optical tele zoom, and a Time of flight sensor.

The cameras will be joined by an LED light and a color temperature sensor. We see two selfie cameras so the dual selfie info can be confirmed. The camera module is rectangular, obviously to house all those sensors. It protrudes a bit but doesn’t look bothersome.

The phone we see here is set in some kind of pearly white. The bezels appear to be reduced. A volume rocker and power button are placed on the right side of the device. Let’s wait and see for the official announcement but as with any flagship reveals, expect more details will be leaked before launch.