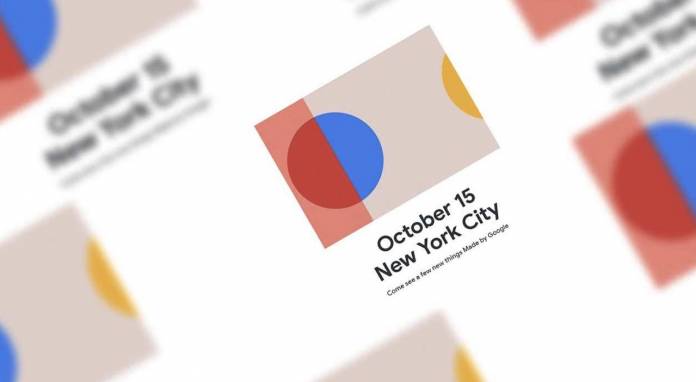 Google has finally confirmed when Pixel 4 will officially be launched. It won’t be October 4 but October 15. We’re also expecting the new Pixel 4 and Pixel 4 XL will also be introduced with other new Google services and devices. Google isn’t selfish when it comes to releases and so it took the liberty to “leak” the Pixel 4 on its own. Several sources have also shared related information and images and so we’re not really clueless about the new products.

Google’s new strategy to “leak” its own product is really generous but we’re curious because other OEMs opt to keep things hidden while the tech giant here has been very revealing. The company posted online an image teaser that shows the square camera module that we can say is now similar to the iPhone 11.

As early as February, we learned the Google Pixel 4 on Android Q would have improved Dual-SIM function. Pixel 4 image renders showed dual rear and dual selfie and the unique square camera module.

Phone case models were shown off in a video. Some live images of an early prototype also surfaced. More leaked images and renders popped up so we think we have a clear idea about both smartphones.

So far, we know it would have a big forehead and obvious bezels, 90Hz ‘Smooth Display’ and a Google Assistant that waits for you when you’re on hold. Specs of the Pixel 4 XL include a large 6.3 inch AMOLED display, 1440 x 3040 pixel resolution, Qualcomm Snapdragon 855 chipset, 128GB onboard storage, and a 3700mAh battery. As for Pixel 4, its screen size will be 5.7-inches OLED with 6GB of RAM, and 2800mAh battery.

Google will be launching the new Pixel 4 smartphones on October 15 in New York, 12noon (10AM PDT, 1PM Eastern). You can watch the live event on YouTube.