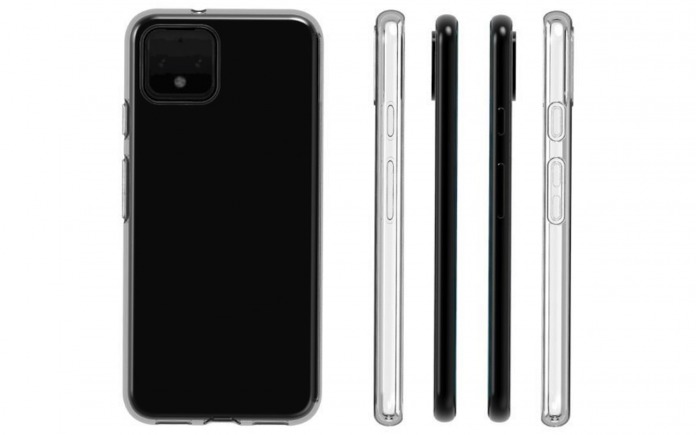 The first mention of the Pixel 4 in this space was when we told you the next Google flagship on Android Q will have improved Dual SIM function. Image renders of both the Pixel 4 and Pixel 4 XL showing dual rear and dual selfie cameras were sighted online. An AOSP reference proves next-gen flagship is almost ready. There’s also that unique square camera module and phone case models shown off in a video. Those live images could be an early prototype and yes, another leak, this one from Google showed us it’s the real thing.

Another Pixel 4 prototype unit was sighted in the wild for the first time last week. The phone is real and there may be two variants again–the regular and the XL model.

A Xiaomi insider (@xiaomishka) has shared over on Twitter images of the Google Pixel 4. Nothing new is shown here but the new camera module looks clearer now.

Google has leaked its own product four months too early. It seems to be a new strategy, something we welcome instead of just hearing from other sources.

We don’t want to waste a lot of time with rumors, speculations, and leaks from unknown sources. Learning from Google is way better. Feel free to use and check the #Pixel4 hashtag on different social networks to see what’s available out there.

Pixel 3 and Pixel 4 look different. The camera form now looks more of a square block similar to the Huawei Mate 20 Pro. We’re assuming at least two rear cameras only although a triple rear camera system can also be expected. The third could be a Time of Flight (ToF) sensor.

On the right edge, there is a power button and a volume rocker. On the left, there appears to be the SIM card tray and maybe an Active Edge sensor.