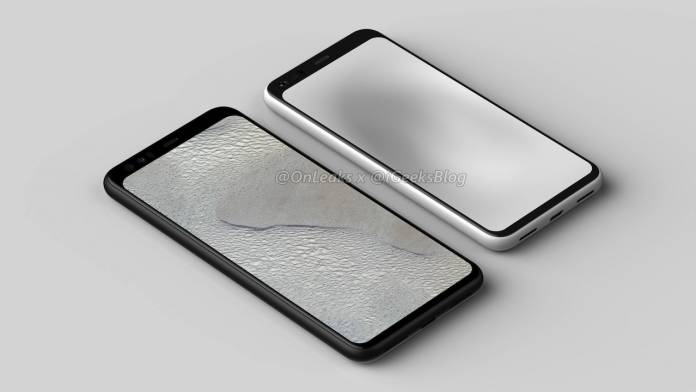 Our community has been covering Pixel 4 for several weeks now. We’ve still got a few months before the official launch in October but plenty of information and images are being leaked. Google has officially teased the phone but we can’t stop different groups and artists from coming up with their own renders. After the Pixel 4 XL image renders and 360-degree video by OnLeaks and Pricebaba and the images shared on Twitter, here is another set prepared by OnLeaks and iGeeksBlog. The phone is basically the same as the earlier design that surfaced.

The latest exclusive renders give us a glimpse of what could be the Pixel 4. We pretty have an idea about the Pixel 4 and Pixel 4 XL especially since Google sent out its own teaser. Looking at the images, we can see the next-gen premium flagship from Google will come with the new rear camera setup.

Pixel 4 will feature a 5.6-inch screen with dimensions of 147.0 x 68.9 x 8.2mm. The main camera bump may be at 9.3mm. The phone shows a large forehead although there is no notch nor a camera hole. There are two sensors and two lenses on the top bezel.

There may be an onscreen fingerprint sensor or just Face ID (or face unlock). There is no rear fingerprint scanner. There is a 3.5mm audio jack so we can expect a USB Type C port.

When it comes to imaging, we have high expectations about Pixel 4. Google usually boasts the camera features of the latest Pixel each year. It combines hardware and software to achieve premium quality images.

The rear cameras may include two lenses plus an LED flash and a ToF sensor. It’s possible the Pixel 4 will have dual or triple rear shooters because the ToF sensor is already considered one. Other possibilities include a noise-canceling speaker.