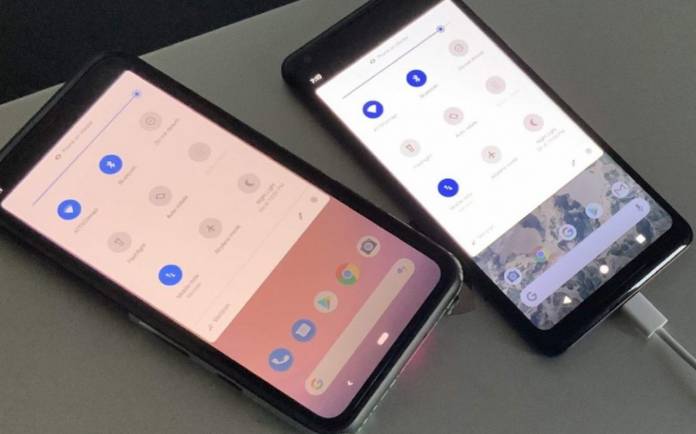 The Pixel 4 and Pixel 4 XL aren’t due until October but expect leaks, rumors, and speculations to be released in the next few months. We have an idea about what to expect but as you know, anything can happen. The specs, design, and features we know may still change. Not that Google is listening to the feedback of the consumers. It may depend more on the components and production schedule. Google usually doesn’t delay product launches. Our only comment is that Pixel phones are usually buggy at first release.

After the image renders showing a unique square camera module yesterday and those phone case models demoed in a video a while ago, here are live images of the Pixel 4. These are exclusive photos shared on GSMArena that present a display with smaller bezels and a punch hole selfie camera.

You can say this set is another leak but more believable because the photos are real. We don’t see the back so we can’t confirm if it has a square cam module as mentioned twice already.

The front display shows a significant head and chin. There is no notch but we see an elongated hole which we think is for a dual selfie camera.

The Pixel 4 device here appears bulky but the source said it is placed inside a phone case and a bulky one at that. We don’t see a front-facing speaker. Google is believed to be moving it to the bottom edge of the phone.

The screen doesn’t appear to be bezel-less. It’s not near what we’ve seen earlier but still similar to the old Pixel models with obvious bezels.

We don’t think the Pixel 4 and Pixel 4 XL designs are final yet. We may be looking at different prototypes here so again, let’s wait and see. The next few weeks and months will be more exciting.