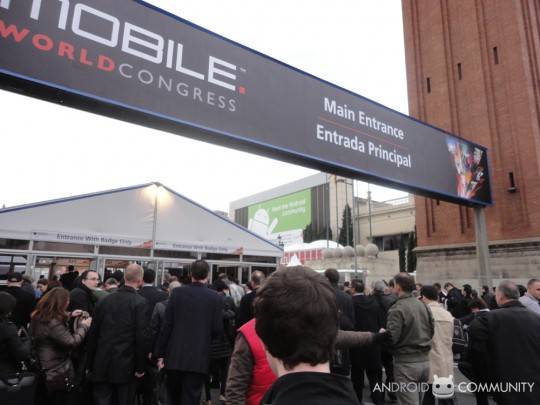 Welcome ladies and gentlemen to the gigantically hefty wrap-up of our 2011 visit of Mobile World Congress in Barcelona. Even at a team size double that which we had last year, we were running ragged each and every day with meetings, photo snapping, an video capturing galore. In this post you’ll find a selection of some (but not nearly all) of the hands-on, first hand news, and keynote speech collection posts we collected whilst on our journey through the halls of modern technology. This guide will continue to be updated as we wring out all the news we’ve still got stacked up in our hard-drives just freaking out to be released unto the world. Behold the curated 2011 Mobile World Congress Android Community breakdown.

Software
It seemed odd to us that several bits of software shown through past even the hardware to our eyeballs. First, take a look at doubleTwist Android Sync System [DOUBLE DEMO] [VIDEOS] as we see how it’s about to change the Android platform into a place better than iOS – hardcore! Next, take a look at a wild and funny new free application direct from Android: Androidify Shines at Official Google Print Station [Hands On] [VIDEO] – and get your body printed up in robot form. See a bit of rebellion from the Google gods as Swype’s new Global Shortcuts bypass Google’s search box [Video]. Have a look at Motorola’s newness on the inside as Motoblur gets an update. Have a peek at another brand new (but not yet released) app from the big G, Google announces cloud based video editor for Android Tablets as it’s released straight from the source during a Google keynote speech.

Next have a quick look at a system we’re so extremely excited about we can barely contain ourselves, one that if it is what it says it is, might change the entire landscape of mobile OS, change everything we know about fragmentation, development of apps, and the ability to run software on any phone and every phone. Marvell’s Presents Kinoma – Complete Cross Platform Functionality for Every Mobile OS. Marvell! You are not a comic book brand-name, but you’re superheroes to us! 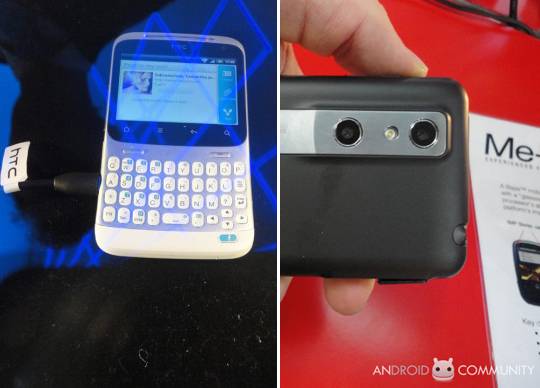 Analysis
The first big bit of analysis we’ve published has to do with a couple of handsets that we also have hands-on looks at (both of which you can see lower down) : Why These Two Android Phones will Change Everything. Then there’s a bit of talk from the head of the three letter group INQ, and don’t get too offended: Pretty Girls Prefer non-Android, So Says INQ’s Frank Meehan. 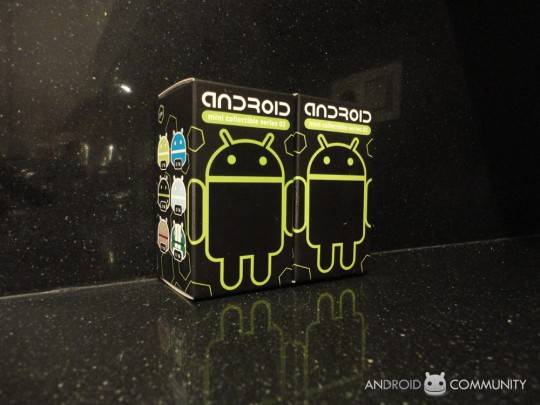 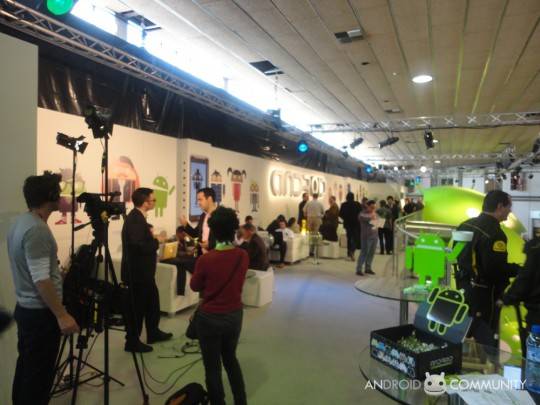 Brand
The greatest brand masters of the entire conference, Google, granted us with a playground that if we’d had any reservations about giving hours, days, and years of our lives to one single brand name – Behold, the Google Pod [Video Tour]. You’re going to love it. 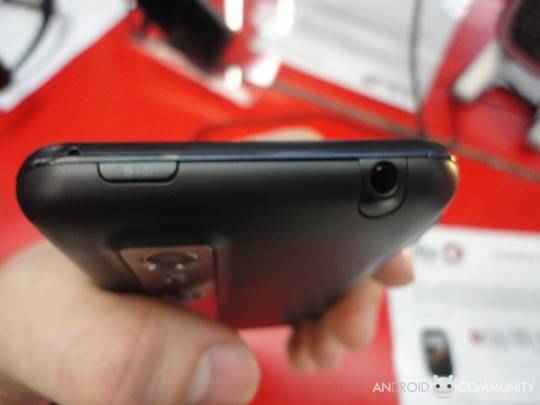 Phones
Before we get to anything else, you’re going to want the good business to get loading while you’re busy reading the rest – Atrix 4G Full System Dump Here and Now. That’s what I’m talkin about. Next, have a look at the next step in the Galaxy game with a Samsung Galaxy S II Hands-on [Video]. Next, check out ViewSonic’s borderline device right between the big and the small, ViewPad 4 Tablet/Smartphone Hybrid [Hands On]. Then it’s on. It’s time for the craziness, the social change, and the bigtime social change via mobile handsets.

First, have a look at the HTC Desire S [Hands On] [VIDEO]. The HTC wave is on. Have a closer look at the cutest little white phone in the world, HTC ChaCha [Hands-On] [VIDEO], then get a completely different angle with the post by the name of HTC ChaCha [Up Close and Personal]. Then if you want all the dish in official specs and details, have a look at HTC ChaCha and HTC Salsa Facebook Phones prioritize easy sharing.

Then there’s the other phone that’s about to create a huge social change electricity jolt, LG Optimus 3D [Hands-On and Demo] – share and watch 3D media! Everyone has access to it – just so long as you’ve got an LG Optimus 3D, of course. They’ve got plans to expand though, of course. — have a look at the entire Texas Instruments / LG plan in Texas Instruments Touts Me-D.

While you’re at it, have a peek at the Acer Iconia Smart [Hands-on]. Of course there’s the much bigger devices, the ones that aren’t made for calls, the ones that are made for bigtime entertainment in a bigger casing, one for sweet speed in a much larger real-estate. 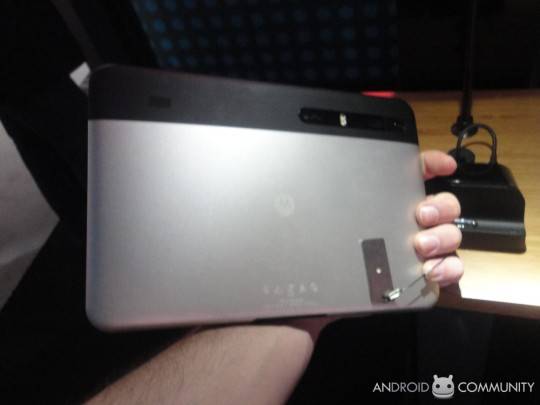 Tablets
First you’re going to want to look at the next step of the group that’s already come out with the one tablet thats had any sort of significant impact on the Androit tablet game thus far – Samsung Galaxy Tab 10.1 Hands-on [Video]. It’s a bigger version and it’s going to blast forth. But it might be stopped short by the one tablet designed closest with Google, the bread winner, the bigtime contender Motorola XOOM [Silver Euro Edition] [Hands On and Demo] – and with a lovely silver back, no less! Of course then we’ve already shown you one Acer, can’t go too far without showing you another – Acer Iconia Tab A100 announced and Acer’s Iconia Tablet Hands-on.

As we got to walking, we saw the evolution of one of our favorite little mid-ranged phone lines (Optimus) in the LG Optimus Pad [Hands-on]. Then our pals Slashgear gets a close look at the T-Mobile/LG G-Slate – a tablet who cannot decide it’s own name, which is too bad, because its got a big bad opportunity to be one of the only contenders for the title of greatest tablet with Honeycomb coming out this year. 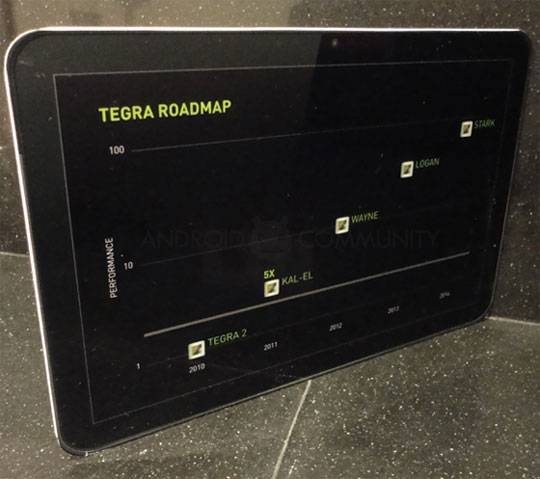 Chips
Clearly the most impressive news as far as chipsets and processors go during the days we were hanging out in Barcelona came from NVIDIA, who, speaking with a small group of analysts and publishers that included our good friend Ben Bajarin, revelaed a lovely secret roadmap: NVIDIA Reveals Project “Kal-El” Quad Core Super Chip – A Future of Astronomical Speed. In addition to this, we got a sweet little bonus post which took a moment from the meeting and blew it all up: Kal-El NVIDIA Chipset Benchmarked Against Core2Duo and Tegra 2.

What a freaking amazing few days of complete technology madness. And it’s not over yet! As it was written above, this is an evolving post which will be added to as we continue to sift through the material we collected during the MWC 2011 week. Lots of tidbits, lots of interesting stories still left to be told! Feel free to check back in this post often or simply follow the [MWC 2011] tag. All you need!

Or if you absolutely cannot find what you need, head over to the SlashGear ultra super amazing Mobile World Congress 2011 wrap-up for a double dose of R3 coverage.