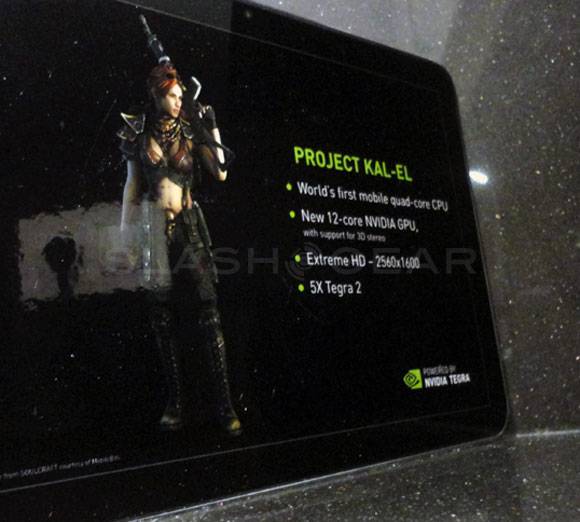 Unless you’ve been living in an opaque bubble for the past few days, you’ll be completely aware that NVIDIA held a meeting in which they revealed a roadmap into their future, all the way to 2014 where their chipsets will be somewhere around 100x more powerful than they are now. But what about now, you ask? What would happen if they released their newly announced “Kal-El” quadcore right this moment and set it up against the other sets available today? Funny you should ask.

When run in Coremark benchmarking system, scores between Kal-El, Core2Duo (T7200), and Tegra 2 shows at least a couple of pretty impressive things – not only does a Core2Duo blast Tegra 2 by almost double, Kal-El tops that top score by over 1,000. Kal-El is nearly double than the current Tegra 2 chipset, and Tegra 2 is of course undeniably powerful when compared to what we were using only a few years ago. Three years from now, in 2014, NVIDIA plans on releasing codename STARK (aka Tony Stark who is aka Iron Man,) this chipset being 100x the power of the Tegra 2. Holy bajesus.

Have a look below at both sides of the NVIDIA roadmap if you’ve not already seen it. The other superheros names, if you’re interested, are Kal-El (Superman,) Wayne (aka Bruce Wayne aka Batman,) and Logan (aka Wolverine of the X-Men.) Between this and rumors that a competitor of the group Marvell spelling their name wrong by forgetting the second L, we’ve been pretty pumped up about comic book superheros this past week at a strictly tech-related convention, let me tell you.