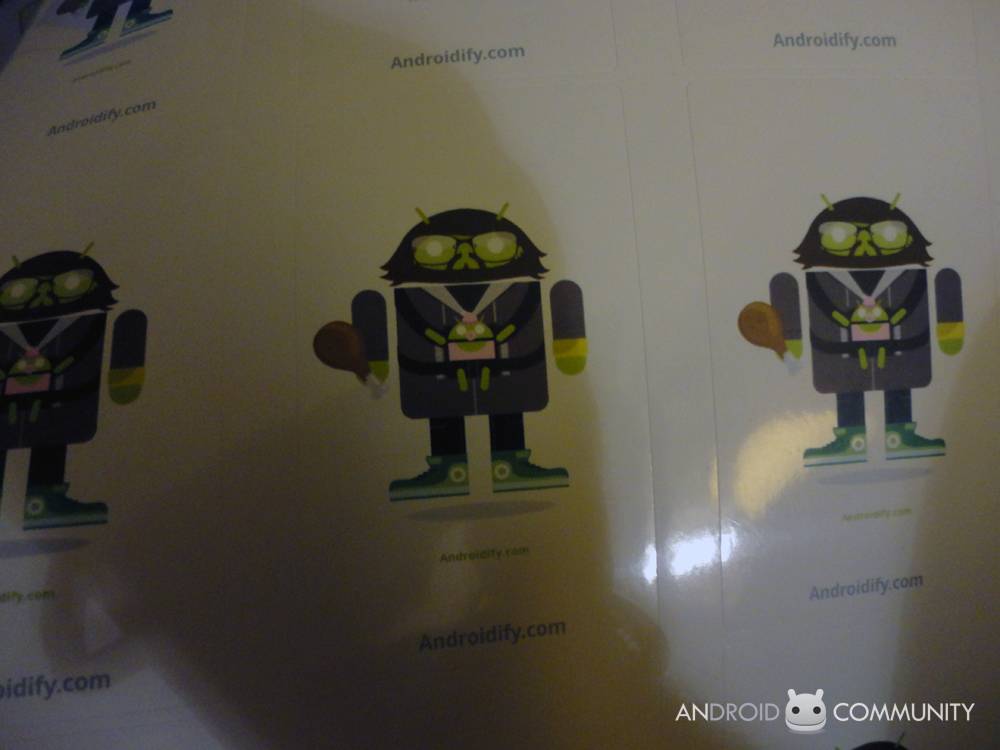 As you’ll see in the video below, we were having the bet time ever creating ourselves (in the video, me, myself,) on the Motorola XOOM tablet at the Google Pod. The area where this took place was the second constructed level of Google’s special room at Mobile World Congress, infinite green and white covering the walls and floor, Androids galore. Three stations for using the Androidify app were available for use, one of them (the one we grab in the video) being connected to a big fat HD TV so everyone around could see what you were doing.

Have a look at the video then download the app, it’s free in the Android Market and if you look right now, it’s in the recommended section and therefor right on the front page, just a couple clicks and you’ll be named Andy.