Sony Mobile may be thriving but it’s not giving up. We have several reasons to believe the company will still survive another year especially after we were reminded why it’s a name to be reckoned with. Sony has been around for some time now and not many people may realize it or even admit that the brand has been revolutionary in the past decade. The phones are not always popular but they somehow set the trend like the Xperia XZ1 as the first smartphone with real-time 3D capture, Xperia XZ2 as the world’s first smartphone with 4K HDR Movie recording, and the Xperia XZ Premium as the first phone with a 4K HDR display.

The list of Sony’s “firsts” is long but for now, we’ll focus on the next-gen Xperia XZ smartphone. The Sony Xperia XZ3 was first leaked last month and we thought it should have been the XZ2. The latter was unveiled only in February together with the XZ2 Compact but we were a bit underwhelmed.

We also saw the first picture leak and confirmed there won’t be a notch. And just last week, we shared with you all the things we know so far, at least, when it comes to the specs and features: a 5.7-inch screen, 1080 x 2160 resolution, 64GB onboard storage, microSD card slot for memory expansion, 6GB RAM, dual 19MP plus 12MP cameras, 13MP selfie camera, Snapdragon 845 processor, and a 240mAh battery that supports Qi wireless charging. The upcoming Sony Xperia XZ3 will run on Android 8.0 Oreo but we’re assuming will also receive Android P. 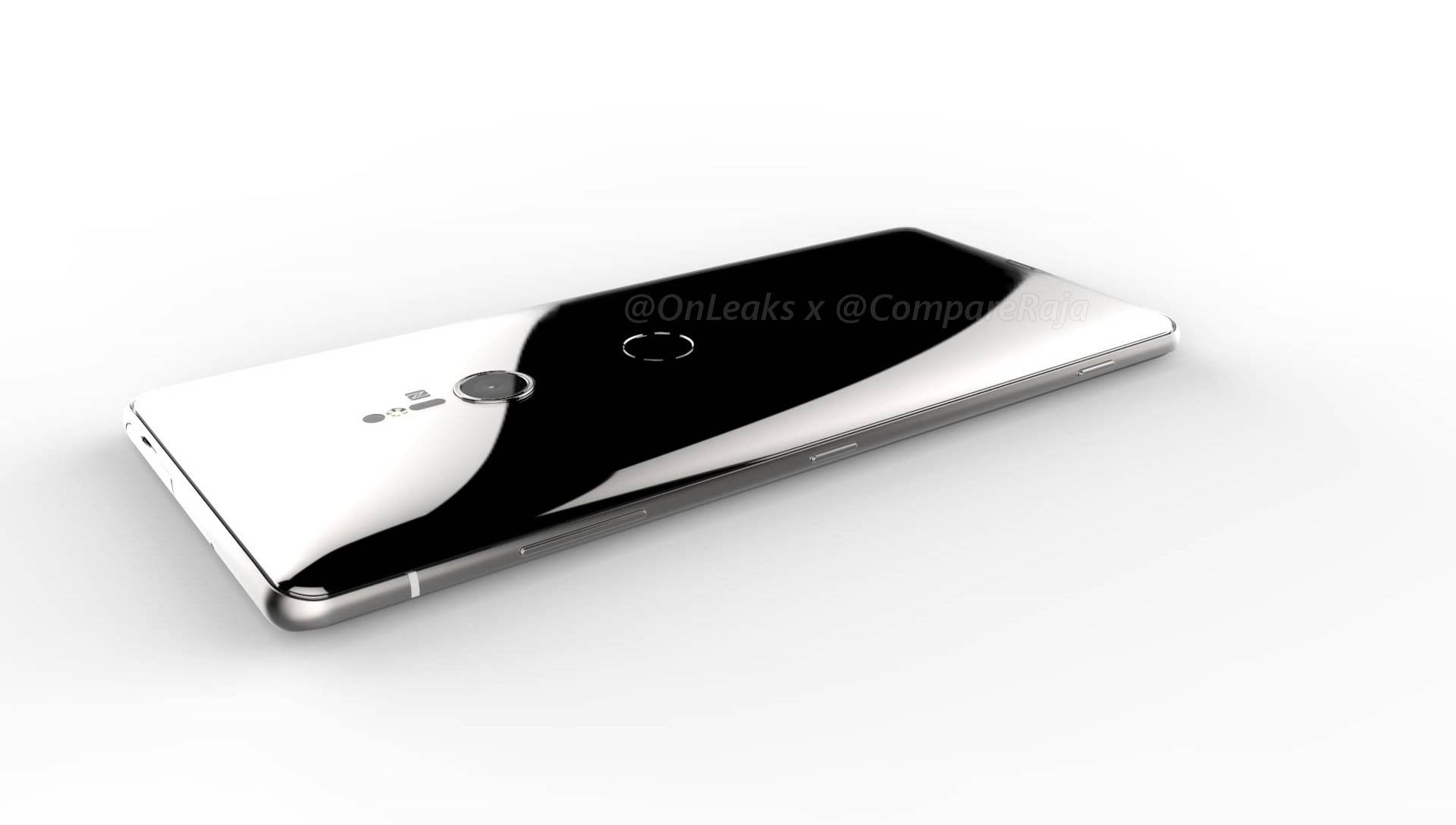 Steve Hemmerstoffer aka OnLeaks is on a roll once again as he just shared a gallery of rendered images and a 360-degree view of the unannounced Sony Xperia XZ3. For this one, he worked with CompareRaja–the same team who worked with him to come up with images for the Moto G6 Play, Nokia 9, Sony Xperia L2 and XA2, Huawei Mate 10, and the Meizu Pro 7.

Like we always say, it’s never too early for leaks and speculations so check out the first set of Sony Xperia XZ3 images below:

The images prepared are in 5K so file size may be large if you decide to download them.

Interestingly, the Sony Xperia XZ3 shows only one rear camera. The round fingerprint reader is still there just below the cam. All these are covered by a glass back so wireless charging support may be present. Above the camera is an LED flash. At the front, you see the Sony logo at the bottom of the screen. There is no 3.5mm headphone jack while the power button and volume rockers are on the right side. The USB port is found at the bottom.

And here comes your very first look at the #SONY #XPERIAXZ3! 360° video + official looking 5K renders + dimensions (as usual, based upon factory CAD), on behalf of @compareraja -> https://t.co/Atb7eUMwGc pic.twitter.com/qkUGuTxA93