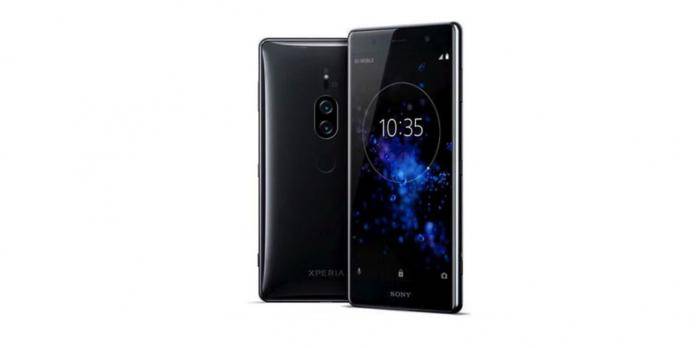 While Samsung is busy prepping the Galaxy Note 9 for the August 9 Unpacked event, other OEMs like Sony are working on products to be revealed during the IFA 2018 in Berlin, Germany. It’s another big tech event anticipated by most geeks and consumers who always want the latest gadgets and technologies. We haven’t featured a lot of brands that will join IFA but we can confirm Sony as one of the firsts. The company will be having a press conference on August 30, Tuesday, 1PM, so we suggest you mark your calendars now.

Sony Mobile will unleash a new device. We’re assuming it will be a new Xperia phone. Yes, Sony is still in the business. It’s thriving but we believe it’s still making its mark in the mobile industry with the numerous innovations its products offer. The Xperia XZ3 phone is on top of the rumor mill. It may arrive with a Compact variant but there is no confirmation yet.

Sony isn’t joining the notch bandwagon. The first leaked picture of the Xperia XZ3 that surfaced last month didn’t show any notch. It’s not final yet but the smartphone was already compared to the Xperia XZ2. We noted how the XZ3 should have been the Xperia XZ2 based on the specs listed. You see, the latter was announced a few months ago but didn’t make any notable impression.

If you need more convincing, then check out this product page on Mobile Fun. An unlocked Sony Xperia XZ3 with 64GB storage in Black is listed on the website which is the same place where we usually see protective phone cases ahead of a phone’s official launch. Mobile Fun isn’t always too careful with scheduling and marketing and we’re guessing this is simply a mistake. We just like the idea of some leaked information about the next-gen Xperia XZ3.

Based on the page, the Sony Xperia XZ3 will be equipped with a 5.7-inch screen, 1080 x 2160 display resolution, dual 19MP plus 12MP cameras, 64GB onboard storage, 6GB of RAM, Snapdragon 845 processor, and microSD card slot for memory expansion. The selfie camera is 13MP while battery size is 3240mAh. Qi wireless charging is also supported. The phone will run on Android 8.0 Oreo out of the box.

Another product page on Mobile Fun is dedicated for the Sony Xperia XZ3 phone cases. Definitely, phone covers for the new smartphone are already in the works. Some important information was mentioned there including the £749.99 (UK) price tag. The phone is said to be now ready for pre-order on the website but we believe it will be announced at the IFA 2018. The phone is thinner at about 10.1 mm which means it’s also lighter than the previous model.