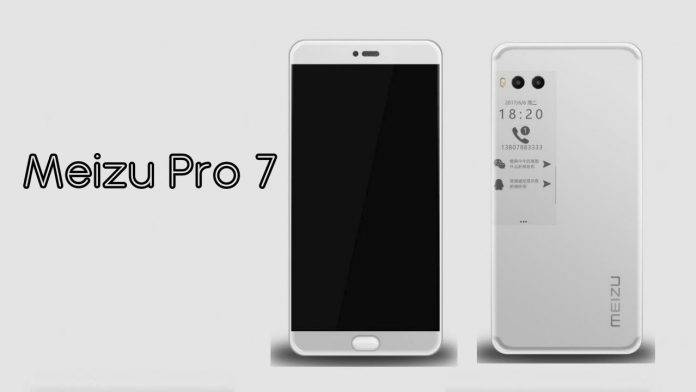 The Meizu PRO 7 is bound to turn some heads, primarily because of its secondary display. That and also because the phone is rumored to have flagship level specs. We have some new renders leaked now that mostly confirm what we’ve seen so far from Meizu. And there are also rumors that shops in China are already offering the new flagship phone from Meizu for pre-order.

So we have some new renders of the Meizu PRO 7 – with the allegedly bigger PRO 7 Plus beside it. We still have no idea about the spec differences between the two, aside from the fact that the standard one will feature a handy 5.2-inch form factor, while the plus size version will have a 5.7-inch display. And true to Chinese manufacturers’ form, these new devices will be offered in different variants – either 6Gb or 8GB of RAM coupled with either 64GB or 128GB of internal storage. See the renders in the video below.

Of course, the headline feature will be the secondary display, and we see it in the new live picture below – as expected, just below the dual main cameras on the back of the device. Rumors point to a MediaTek Helio X30 chipset, and a dual Sony IMX camera setup at the back, with a 16MP selfie shooter. The phone will be quite robust, if all rumors hold true. 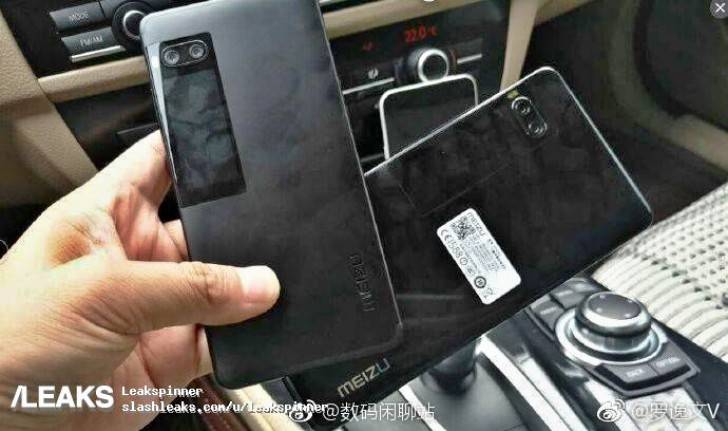 The pricing is a little iffy right now, but shops in Shenzen, China are reportedly offering to reserve people a unit and make them available as soon as the device comes out – and pre-orders cost around CNY200 or around USD$30.00. The variants of the Meizu PRO 7 will probably cost around USD$400 to 480, while the PRO 7 Plus should run from around USD$480 to 550. 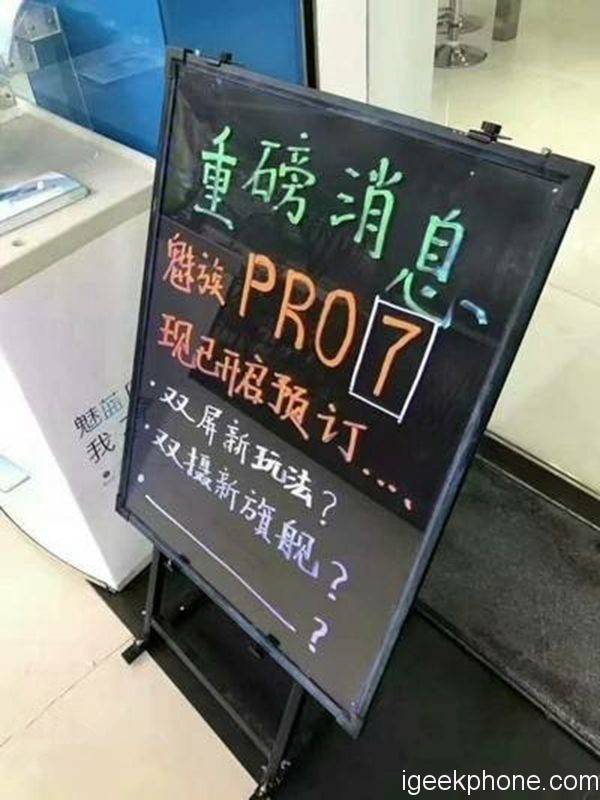