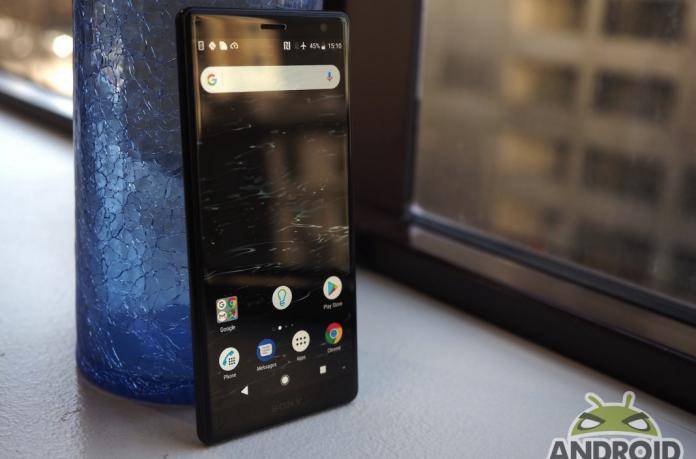 Sony is expected to launch a new Xperia smartphone. We’ve already seen the different Xperia XZ2 models and we just started to learn about the next-gen model: the Sony Xperia XZ3. It may be early for that but as you know, it’s never too early when we’re talking about yet-to-be-unveiled devices but. A specs sheet of a new Xperia phone is believed to have leaked in Japan recently. Looking over the list, we can say there is not much of a difference but there’s certainly a slight update on the features.

The Xperia XZ3 referred to in the document shows a bigger 6GB RAM and a larger battery. When it comes to imaging, the phone comes with the same cameras: 13MP selfie cam with f/2.0 aperture and a dual 19 MP and 12 MP rear shooters. Design-wise, it looks similar with the XZ2 but is lighter and thinner. We’re assuming the LCD screen size will be the at 5.7-inches with 2160 x 1080 pixel resolution. The processor could be an upgraded Snapdragon 845 by Qualcomm or maybe even the latest chipset once announced.

Sony may be announcing the Xperia XZ3 over at the IFA in Berlin, Germany this August and September. We’re almost certain about the phone but details are still scarce. Sumahoinfo, a Chinese tech blog, shared some information about the Xperia XZ3. Listed on the document are the following features: a 5.7-inch screen, Full HD+ display, 18:9 aspect ratio, Qualcomm SD 845, Adreno 630 GPU, 6GB RAM, selfie shooter, dual rear camera system with f/2.0 aperture, and 64GB or 128GB onboard storage which can still expand up to 400GB max with a microSD card slot. A 3240mAH battery and Qualcomm Quick Charge 3.0 charging will also be available. 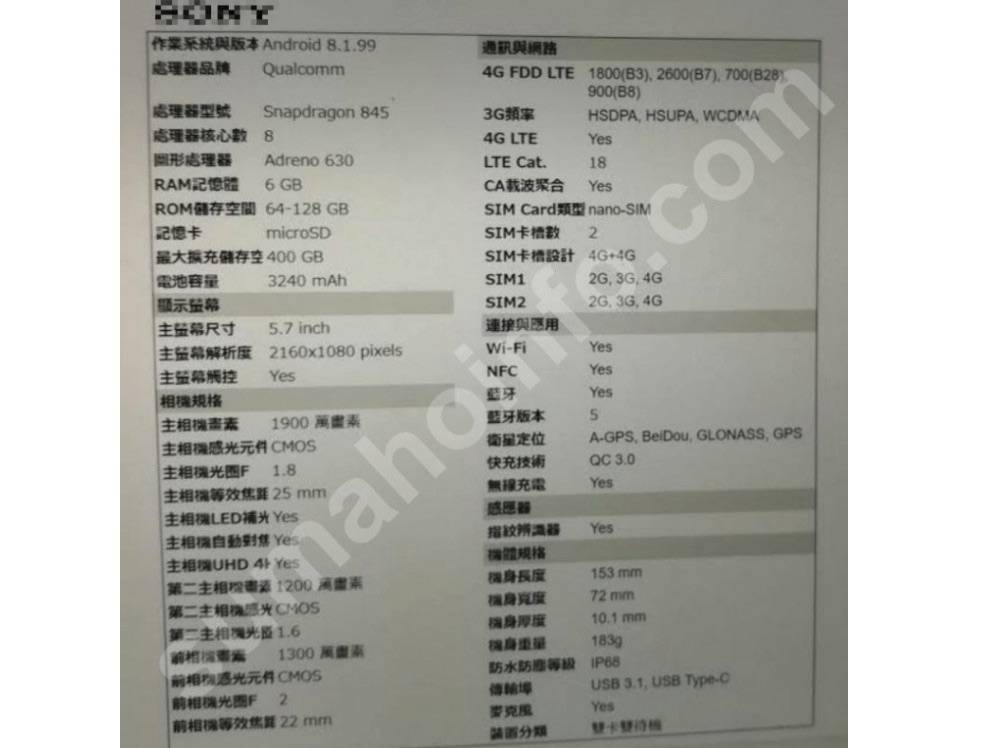 We don’t think there will be a notch so it may be thinner and lighter with premium build quality as always. Official launch may still be a couple of months from today but expect related rumors, leaks, and speculations to be made public in the coming days or weeks. At this point, let’s take most of the details with a grain of salt. Then again, we trust Sony won’t do anything like what Lenovo recently did to us–launch a totally different product compared to the ones being teased or advertised.

The specs sheet here appear to be legit but you know, many can play games in the mobile industry. We’re not sure about Sony but we want to avoid heartaches and confusion.