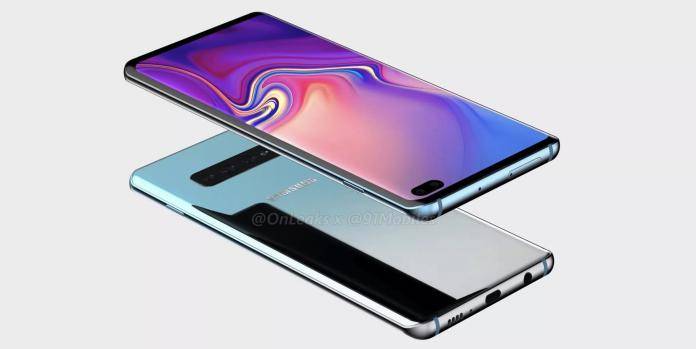 There is no shortage of information about the upcoming Samsung Galaxy S10 series. We’ve been talking about the 10th Anniversary premium flagship offering of the South Korean tech giant due next year since April. Back then, we only knew about the finalized display specs and the idea the next-gen Galaxy S phone would implement the Fingerprint On Display technology. We heard the Samsung would be releasing flagships earlier than scheduled but looks like an MWC 2019 unveiling will happen.

We have no issue about when exactly Samsung will “unpack” the new phones. We’re only concerned with the specs and features and how the four variants will be different from one another. One variant will offer 5G support and is expect to be revealed alongside the Galaxy Fold foldable phone while one variant may only have a flat display.

The 5G Samsung Galaxy S10 will be offered by Verizon in the first half of 2019. There is no exact mention of the Galaxy S10, only a “Samsung 5G smartphone” but we know it’s the S10.

Samsung is also said to offer several color variants while the M9 OLED display which may work as an earpiece has been confirmed recently. The company is also implementing the SLP circuit board and Sensor Integrated Technology.

The higher-specced variant, the Galaxy S10 Plus, has been rendered recently so we’ll have an idea about how it looks. Thanks to OnLeaks and 91Mobiles for the images. Check out the photos below:

There is definitely an in-display fingerprint sensor and yes, three rear cameras. We’re expecting the following: