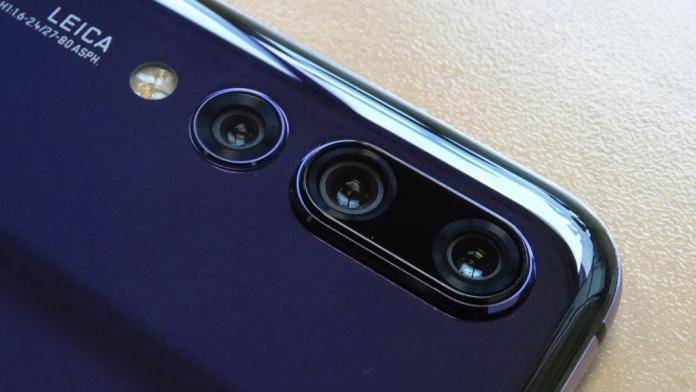 We keep on saying it’s never too early to start talking about next-gen phones even if they are due a year or even six months from today. In the case of the Galaxy S9, we first heard about it July the previous year–seven months shy of its official launch. The phone would sometimes be seen together with the Note 9 and that one is about to be unveiled–well, in a couple of months or so. For the Galaxy S10, we remember mentioning it last April and said display specs have already been finalized by Samsung.

The Galaxy S10 phone display is said to be 5.8-inches while the S10+ will be 6.3-inches. It will use Fingerprint On Display technology and may be released earlier than scheduled. The display screen is also believed to work as the earpiece by making use of vibration and bone conduction to transmit audio. The concept is the screen will be enough for a mobile user to hear sounds. It’s more efficient when pressed onto the screen or when near the ear.

Rumor also has it Samsung might triple cameras and it is seriously considering the recent trend Huawei implemented. It seems the South Korean tech giant is also bent on using more cameras. It will be the 10th Anniversary flagship offering so it should be special. We’re not expecting a notch but the screen-to-body ratio will be almost bezel-less.

The Samsung Galaxy S10 with a triple rear camera system will be very interesting. The dual rear cams are good enough so we’re curious to know about having three. The Huawei P20 Pro has proven a lot. It’s still the No. 1 camera phone on DxOMark, slaying the other premium flagships from top OEMs.

We know photos come out better but one question is on our minds: do we really need three cameras? The Huawei P20 Pro is now considered the ‘Best Photo Smartphone‘. It topped DxOMark’s mobile photography standards with a Mobile Score of 103. We can all agree it offers AI-powered photography. We still don’t have an answer to that question if it’s simply a fad or just a winning formula because the Huawei P20 Pro is only the first of its kind.

We heard of phones with quad cameras but they still use dual rear setups, just times two–two at the rear and two at the back. The triple camera system is found on the rear part of the phone.

Photo results are impressive and we believe Samsung will also be able to offer the same. To rival the Huawei P20 Pro, the company must go beyond the 40MP RGB lens, 20MP monochrome lens, and the 8MP telephoto lens combo. No doubt, the results are high-quality photos that can clearly match the DSLR cams. As for Samsung, we’re not sure about the details of the triple-camera system but the cameras should be better and higher. If not, Samsung better uses a more powerful software.

So will it matter? We’re not going to be the final judge of that–not yet. Huawei is only one so Samsung’s entry will make the game interesting. If there’s one thing we’re sure of, is that the Samsung Galaxy S10 with three rear cameras will be more expensive. It may even go beyond the $1,000 mark.

We have plenty of reasons to believe the “Beyond” nickname because the specs and features are “beyond usual”. What’s more interesting is the idea there will be three variants instead of just two. Perhaps Samsung really wants to copy Huawei as the latter revealed three variants of the Huawei P20: P20, P20 Lite, and the P20 Pro. Samsung has been rolling out S flagship duos each year since Galaxy S6 but next year may be different.