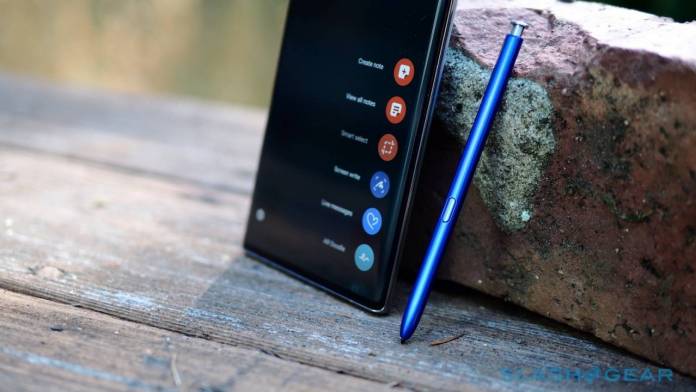 Specifically, expect firmware version N97xFXXU6ETLL. Those in Spain and Switzerland owning a Samsung Galaxy Note 10+ 5G are also receiving this particular update. An OTA will be available in the coming days.

The build delivers the latest December 2020 security patch level. Most Android 11 features and enhancements are part of the package including one-time permissions, chat bubbles, conversations section part of the notifications shade, and media playback widget. As with other phones, this one brings updated stock apps, a fresher UI design, extended customizations, better Dynamic Lockscreen, feature-rich keyboard, lock screen widgets, and improved security and performance to your Galaxy Note 10 phone.

Feel free to check Settings> Software update> Download and install. It should be ready anytime soon. Samsung has been testing the One UI 3.0 for the Galaxy Note 10+ and Galaxy Note 10 since October.

ONE UI 3.0 is still coming to dozens of Galaxy devices. View list HERE. So far we have shared that these phones are ready for One UI 3.0: Samsung Galaxy M31, Galaxy A51 5G, Galaxy S10 Lite, Galaxy S20 FE, Galaxy Note 20, and Galaxy S20. The update for the Galaxy Z Fold 2 and Galaxy Z Flip 5G was suspended for a while.