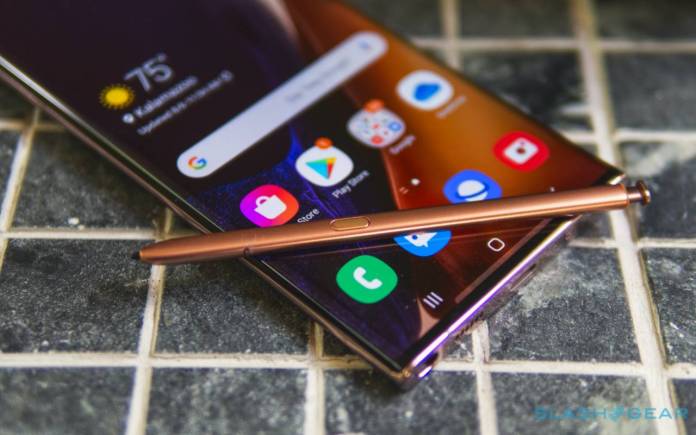 The One UI 3.0 beta was made ready for Galaxy Note 20 and Galaxy S20 series last month. The stable version was released for the Galaxy S20 a couple of weeks ago. Now it’s the Galaxy Note 20’s turn. It brings Android 11 to the latest premium flagship Galaxy smartphones from the South Korean tech giant. The update is ready for those in the United States subscribed to AT&T. There is no official announcement from either of the companies but related details have been shared on Reddit and Twitter.

The unlocked and locked Galaxy Note 20 phones are getting the new version. Specifically, it is build number N98xUSQU1CTL2. Make sure you have at least 2.58GB of free memory so you can download and install the update without any interruption.

Check the availability of the build manually. Go to Settings> Software update menu and then start the download. There is no mention when other carriers or regions will get the One UI 3.0 update.

Usually, it can be a few days or weeks after a key market receives the latest version. Other customers may get the same in January 2021 as per the roadmap we shared recently.

Android 11 One UI 3.0 delivers a fresher design and extended customization. It can be assumed the battery drain issue has been fixed already. Some notable information we mentioned will arrive with the One UI 3.0 including dynamic lock screen, redesigned UI, one location of messages, and redesigned lock screen widgets among others.