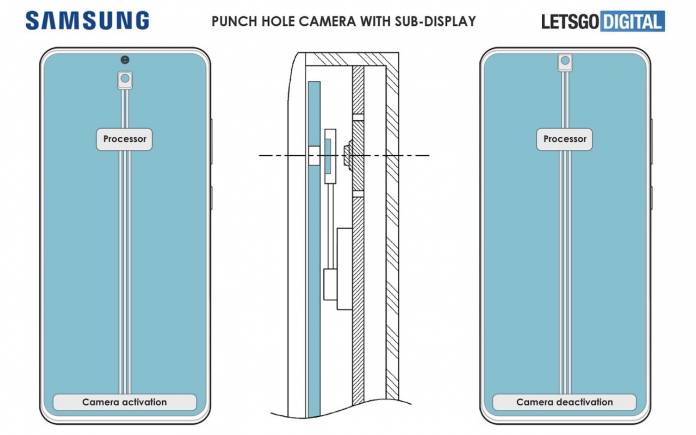 Samsung remains as the top mobile OEM in the world today. It was briefly overtaken by Huawei during the second quarter of 2020 but we doubt if it will happen again anytime soon. The South Korean tech giant has been working on a number of new smartphones from premium flagships to mid-rangers to budget-friendly models. The Android community is particularly anticipating for the next-gen Galaxy S21 series because it will kick off the new year especially that itis going to be introduced a month earlier than usual.

The Samsung Galaxy S21 series is another crucial release because its Ultra variant will come with S Pen support. The latter has been exclusive to the Galaxy Note line but Samsung has already mentioned it is expanding the Note experience to other phones. Rumor has it a Galaxy Z Fold model will also come with support for S Pen.

When it comes to other features, a new generation of Samsung Galaxy device may come with an invisible selfie camera. By that, we mean a newer and better Under Display Camera. We know the Galaxy S21 won’t implement it yet. Soon, Samsung will be able to rival ZTE with its Axon 20 5G and even OPPO and Xiaomi that have shared their similar plans.

The ZTE Axon 20 5G’s under display camera works but the photo quality isn’t that impressive. There are still rooms for improvement so we’re hoping the next flagship device will have a better selfie camera.

A Samsung patent has been sighted recently at the World Intellectual Property Office (WIPO) referring to an “Electronic device including sub display and method of operating same”. It was published just last December 24, 2020.

The idea is that the screen comes with a transparent area placed at the top, middle part. There is a sub-display positioned under the transparent area. Underneath is a module that contains an LED flash and a dual camera. The sub-display can also be used for showing content like battery status or time.

As described, the first camera is for biometric authentication. The second camera is for capturing videos and photos. There also seems to be a built-in driver.