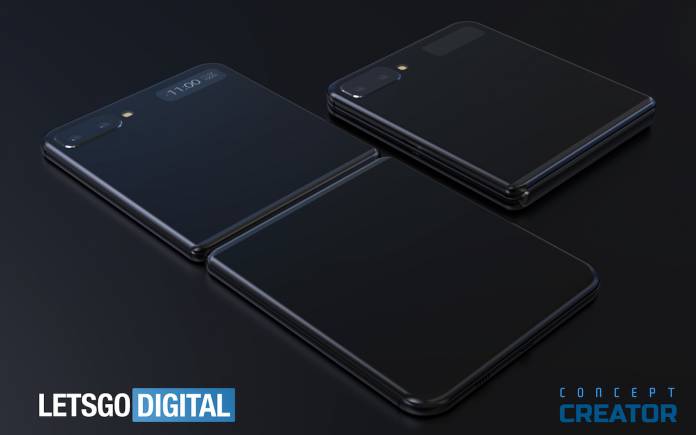 So far, we can confirm it will be out in February. Rumor has it it will come with a clamshell design. If that is the case, then the phone is a possible rival of the new Motorola RAZR. The smartphone is also said to get leather covers in black and silver.

We’ve seen a few images of the Galaxy Fold 2 but they’re only rendered. The mysterious phone is also said to feature a glass cover and a hideaway hinge. We’re interested to know if it will be more affordable.

When it comes to specs and features, we just learned from Ishan Agarwal the Samsung foldable phone will be powered by a Snapdragon 855 processor. There will be a 10MP selfie shooter and the same rear cams found in the Galaxy Note 10. We’ll have to wait and see for the official announcement then.