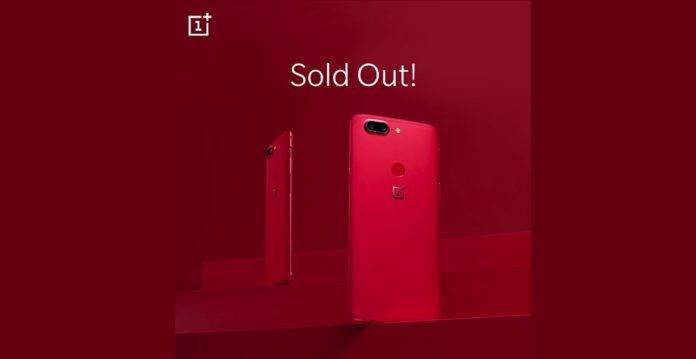 OnePlus launched a red color version of the OnePlus 5T for Valentine’s Day. We knew it would only be a limited edition offer but we hoped there would be leftover stock. Then again, we’re not really surprised because the special version has 128GB onboard storage and 8GB RAM. It’s the ultimate variant and the red color is very fitting not only for the occasion but to represent the fierceness of the smartphone. The price of $560 of wasn’t bad either so we get why people hurried to buy it.

The OnePlus 5T Lava Red is sold out in North America officially. OnePlus shared the good news and thanked the fans for all their support. It seems a lot of people lived the “Never Settle” motto by not settling on the ordinary black OnePlus 5T. Perhaps the OnePlus 5T Star Wars edition wasn’t too appealing to them but the Lava Red version did.

If you may remember, OnePlus first unveiled the Lava Red Limited Edition 5T in China back in November. This OnePlus 5T is an improved version of the OnePlus 5 with the Face Unlock feature, Dash Charge tech, several camera improvements, latest OxygenOs, and an 18:9 Full HD display. Unlike the OnePlus 5, this one doesn’t have the jelly scrolling issue and is not frail at all as proven by a durability test.