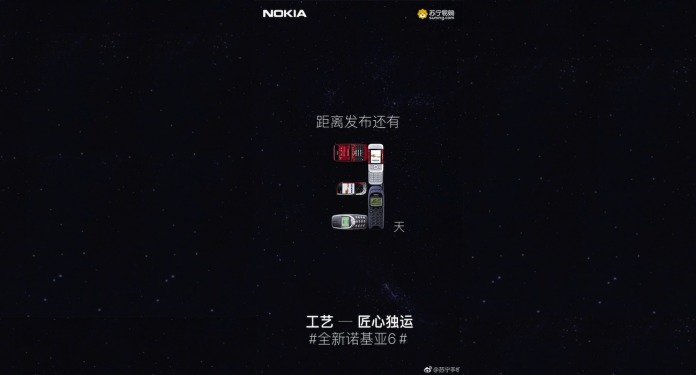 A new version of Nokia 6, the first Android model launched by Nokia, will be introduced soon. Almost a year after HMD Global unveiled the Nokia 6, the 2018 model will be revealed this month. We’re assuming it will be this week already or just before we get busy with CES 2018. We recently spotted some images and information on TENAA which meant a device will be released in China any day now.

Chinese retailer Suning has given a hint the next Nokia 6 phone will be out in three days. The report was noted yesterday so that would be January 5, Friday.

To review, the current Nokia 6 model is ready to receive the Android 8.0 Oreo beta update. In the United States, you can avail of the phone from B&H and Amazon. Color options include Silver, Copper, Blue, and Matte Black. We’re hoping this Nokia 6 (2018) will be as durable as proven by the original version.