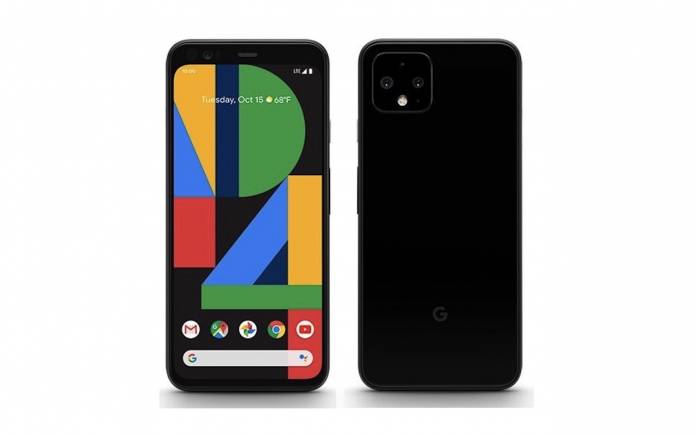 Yes. You read that headline right. Another image of the Pixel 4 has been leaked. This time, the photo was shared by Master Leakster Evan Blass (@evleaks) so there is a high possibility it is close to the real thing. As if we haven’t seen dozens of photos of the Pixel 4/4 XL already, the upcoming Google Pixel will come with a square camera module. It was thought to be unique before but we all know Apple launched the iPhone 11 first.

Google hasn’t been really very secretive this 2019 because the Pixel 4 series has been leaked dozens of times. They’re not by rumor mongers and curious minds but by Google itself. As early as June, the tech giant leaked the Pixel 4 via a tweet.

A number of YouTubers have also managed to get their hands on the Pixel 4 although we’ve been told they’re only prototypes. Check out the early hands-on images, another set made public, prices and colors leaked, and the Pixel 4 XL prototype that appeared in Vietnam with a 90Hz screen.

The Google Pixel 4 is launching very soon. The Pixel 4 XL’s live images already appeared in the wild after a surge of information surfaced.

When it comes to specs, details are not scarce. The Google Pixel 4 will come with the following: 90Hz Smooth Display, 6.23-inch 1440p AMOLED screen with vibrant colors and deep blacks, Face Unlock, 128GB storage, Qualcomm Snapdragon 855 chipset, 6GB of RAM, and a 3000mAh battery. The dual-camera system will come with a combination of a normal lens and a telephoto lens although no word on the number of megapixels.

The new image above shows the Pixel 4 name and the wallpaper. We can see the all-glass rear design but it will boast one. No notch has been added but the bezels are still obvious. It’s not because Google can’t make a bezel-less display but because of the possible gestures. The forehead is also where 3D Face unlock sensors, the Motion Sense Soli radar chip, and a selfie camera are placed.