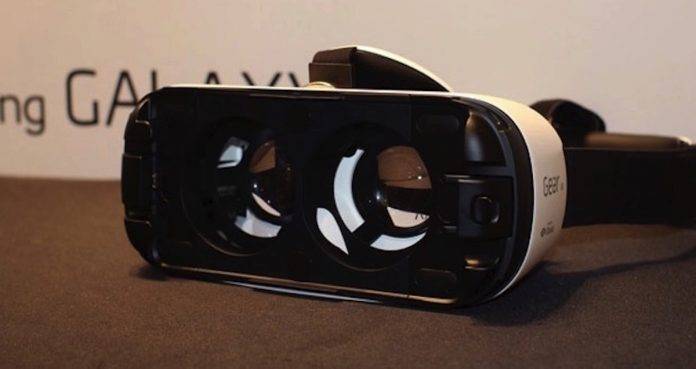 For the past three years, we’ve been trying to get into the virtual reality game. The concept isn’t exactly foreign but OEMs have been challenged to make it into a more mobile experience. Samsung for one, launched the Gear VR back in 2014 and was soon followed by related games and apps. Other brands and OEMs also followed with their own headsets like Zeiss with the VR One, Google with the updated Cardboard, ARCHOS VR Glasses, XG Virtual Reality Headset, and the resurrected Viewmaster among others.

Samsung has also launched several versions of the Gear VR including the Innovator Edition, proving that it can take virtual reality to reality. There’s also the 2nd-gen Gear VR and now we’re anticipating for a new version.

Rumor has it that the next Gear VR will have a significant addition. It could be a controller according to an FCC document. It could also be just the recent version but will receive some update.

The FCC filing is supplemented by a tweet from Roland Quandt of WinFuture.de who said that the new SM-R324 will be similar to the Gear VR for Galaxy S7. This means there won’t be much difference except for the new front cover and that rumored controller.

An illustration was shown off which tells us the VR headset may have that controller just like the Google Daydream. If the new VR headset will indeed come with an accessory, then it may be priced higher than $99. We’re hoping to receive some more information about this device before the official launch so let’s wait and see.