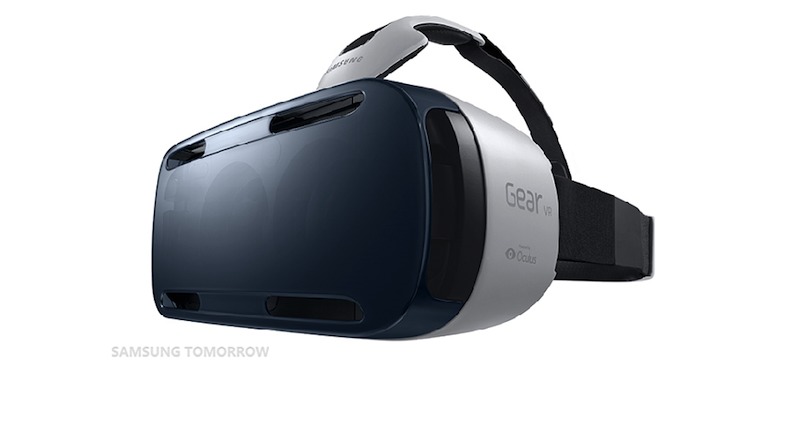 The Samsung Gear VR is an over-the-head virtual video and gaming device that works with a Galaxy Note 4 that brings audio and video content to the device. The Gear VR also depends on the smartphone for battery life and display. The stunning 5.7-inch Quad HD Super AMOLED screen of the phone works as the actual display of the Gear VR.

Smartphone connects to the wearable device via microUSB connection. The Gear VR Innovator Edition is made with soft, flexible cushioning, and lightweight material so it’s very light and actually comfortable to wear. What will bring weight to is the phone but the Galaxy Note 4 is also light so it shouldn’t be too heavy to use.

The Gear VR comes with a 16GB card that has pre-loaded content. More games and apps can be downloaded from the Oculus VR app soon. So far, we know only a handful of games developed: Temple Run VR Imangi Studios, Land’s End by USTWO, VR Quest, HeroBound, Anshar Wars, and theBlu. A sample of the famous Cirque du Soleil show, Zarkana filmed and viewable in 3D 360° can also be downloaded through Oculus.

Samsung Gear VR Innovator Edition powered by Oculus will be available for $199. You need a Galaxy Note 4 (DO NOT confuse with Galaxy Note Edge) for this to work. Device is available online at ATT.com and Samsung.com.

While this news is exciting for those who’ve been wanting to try mobile virtual reality and it’s now possible at such an affordable price, note that release is not the final version. It’s an Innovator Edition—ideal for the developers. You can be an early adopter of this wearable device but only if you are willing to let go of whatever kinks you may encounter.

Oculus made it clear already that this is not the final edition. This release for the developers will help identify what bugs and problems are out there. You can buy right from AT&T but please don’t expect that it’s perfect. Take note it’s an Innovator Edition for software developers or just about anyone who wants to help improve on mobile virtual reality.