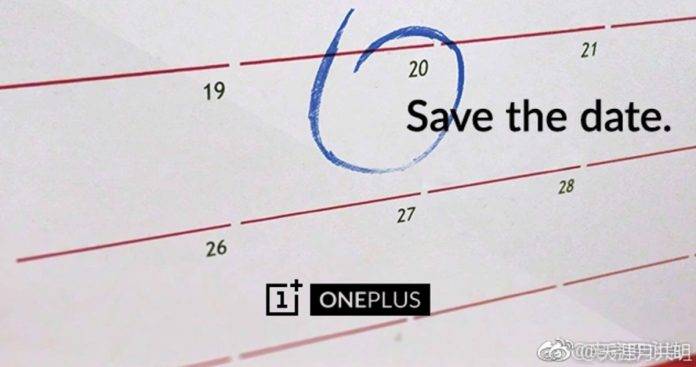 Ever since the first image of the OnePlus 5 was leaked in April, we’ve been anticipating for the next flagship phone. It said ‘Hello‘ on Weibo and we’ve previously seen the design sketches showing off dual cameras and ceramic part. The phone has reached Geekbench and AnTuTu already which means it is arriving soon.

We know OnePlus is preparing the next-gen device and is expected to make more waves after partnering with DxOMark.

The June 15 launch date was hinted on an internal mail last week but looks like it will be unveiled on June 20 now according to a recent Save the Date image shared on Weibo. The 20 was encircled on a calendar so that could be D-Day for the OnePlus 5.

The OnePlus 5 is still expected to be powered by Oxygen OS based on Nougat but it is said to get Android O update when it is released. Now we’re just curious to know the results of talented mobile photographers testing the new flagship. Let’s just wait and see.