More information about the next-gen OnePlus are being shared online. We’ve learned that the Chinese OEM is skipping the OnePlus 4 and is going straight to OnePlus 5. We’ve seen a leaked image last month and saw a teaser that said hello on Weibo. Some design sketches showed the dual cameras and the ceramic part. Now we’re seeing this exclusive screenshot that shows the yet-to-revealed OnePlus 5’s score on Geekbench.

So there really is the OnePlus 5. We’re sure of that but we find it interesting that the new flagship phone has higher scores than the Samsung Galaxy S8 and the Sony Xperia XZ Premium. The GeekBench 4 result shows 1963 and 6687 on the single- and multi-core category for the OnePlus 5. The Xperia phone only scored 1943 and 5824 while Samsung scored 1929 and 6084. 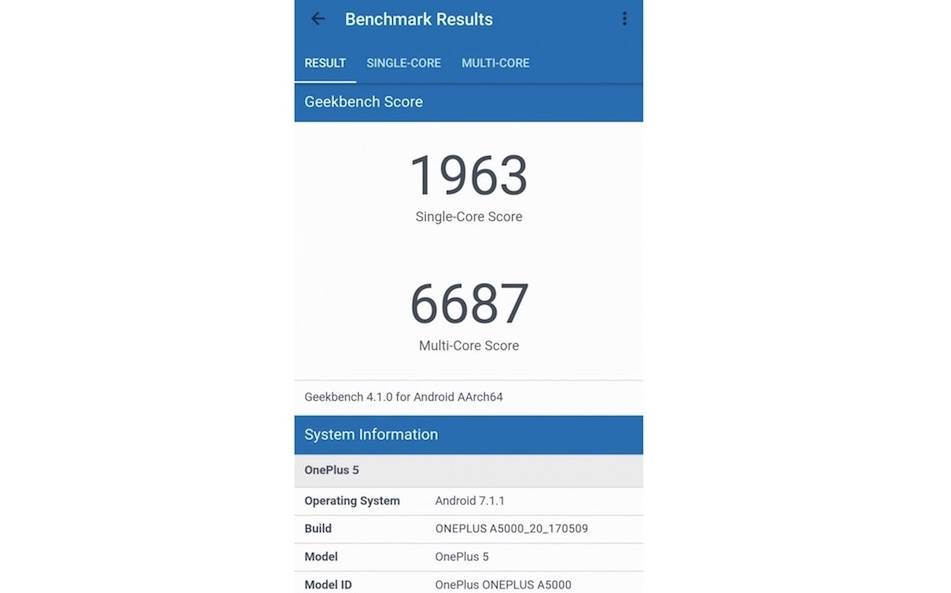 The results tell us the OnePlus 5 will already run Android 7.1.1 Nougat but topped by the company’s own Oxygen OS. So far, we heard that the new OnePlus 5 phone will boast of a curved back design, mic, speaker, USB-port, and a headphone jack. There’s also some changes on imaging as the dual camera setup is expected with with 12MP sensors and dual LED flash. We were hoping the back would be seamless but a camera bump is noticeable on one design sketch.