We’re closer to the Samsung Galaxy Note 8’s official arrival. Just yesterday, we saw some leaked images of the Galaxy Note 8 cases on Weibo only a few days after Mobile Fun listed protective phone cases for the model. We’ve also seen related leaks, image renders, and even a 360-degree video. Specs were detailed earlier but we’re more interested to know if this one will really have no onscreen fingerprint sensor.

We’re expecting the phone to be unveiled in August already running Android 7.1.1 Nougat OS out of the box. The launch may be earlier than IFA 2017 or just before LG announces the V30 or Apple with the iPhone 8.

New images of the Samsung Galaxy Note 8 popped up The source. Source was from Vietnam so it’s somewhat believable. Leaks from Vietnam usually turn out to be true so we’re keeping these images close.

The rear side of the Galaxy Note 8 shows a dual-camera setup and a small fingerprint sensor. This proves there will be no fingerprint sensor embedded on the display and the fingerprint scanner will be at the back. When it comes to imaging, the new dual camera design will finally be available in this Galaxy phone–one of the firsts for Samsung. 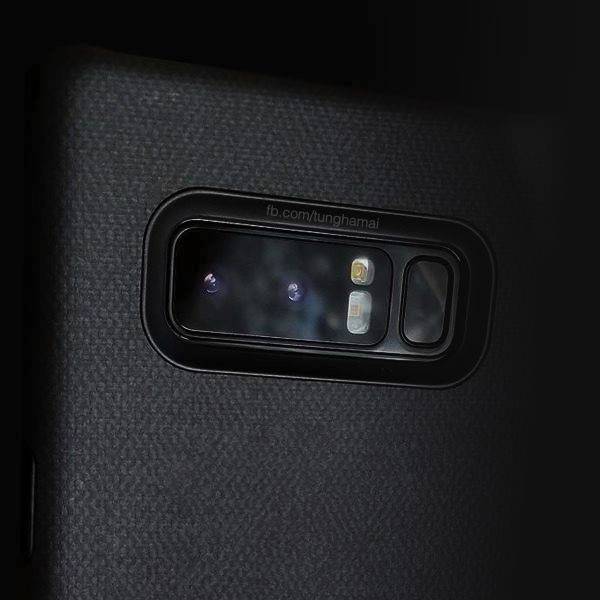