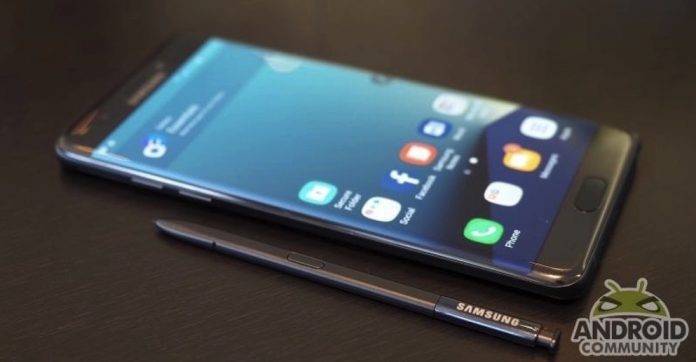 Samsung is currently busy preparing for the Galaxy Note 8 launch. This is expected because the Note 7 from last year was a complete failure. Not even the refurbished units are cleaning up the mess left by the South Korean tech giant but there is still hope for the company. It seems that everything is doing better now since the Galaxy S8’s battery isn’t problematic in any way.

There will be a Galaxy Note 8. We’re certain about that but details are scarce. We just now it will run on the latest Snapdragon processor. Phone may not have an in-screen fingerprint scanner but it will have an Infinity Display and will run on Android 7.1.1 Nougat initially.

When it comes to the official launch, Samsung is said to be announcing the new Note 8 in August. This is according to a South Korean news website, The Bell. This August unveiling seems to be intentional since Apple will be launching the iPhone 8 in September. We’re guessing Samsung wants to get ahead of the game.

Usually, the new Note from Samsung is revealed at the IFA for each year. It may be different though this year because the company still needs to do a number of changes and ensure the Note 7 fiasco will not be repeated.

So far, here are the features we know the Galaxy Note 8 will have: 13MP and 12MP dual-camera with 3x optical zoom lens and wide-angle lens, dual 6P lenses and dual OIS, Snapdragon 836 processor, bezel-less design, all-glass build, wireless charging support, and more features that can support augmented reality. On Weibo, a new teaser popped up, hinting on the dual camera based on the image.