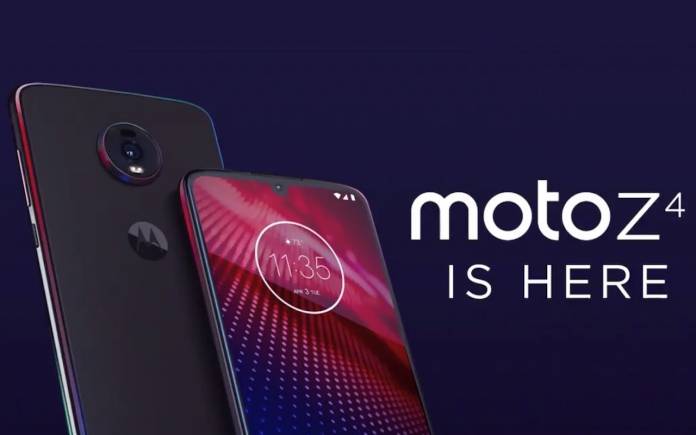 There won’t be any Moto Z4 Force. A Moto Z4 Play won’t be available either. Motorola US (@MotorolaUS) was asked over on Twitter when the Z4 Force will be available. Motorola’s answer was a firm statement: “We will not be announcing additional moto z devices this year.” There is no explanation provided but we don’t we need one right now. The focus is on the Moto Z4 as the phone is now available for pre-order. A free Moto 360 camera may come in the box if you place your order now.

The first time we learned about Moto Z4 Play was when images and a 360-degree video render showed up online back in January. The phone was said to arrive with a 48MP camera while the regular Moto Z4 was thought to have small bezels and tiny notch plus a 25MP selfie camera and Snapdragon 675 processor.

Another Moto Z4 render confirmed previous leaks. The phone was also spotted on Amazon and an unboxing video posted on Reddit before launch.

Verizon was the one that shared to us the good news the Motorola Moto Z4 would be available soon. Motorola did make an official announcement the Moto Z4 is ready with 5G goodness via Moto Mod.

The fate of the Moto Z series is unclear because Motorola seems to be focusing on the Motorola One line. Usually, there are the Moto Z Force and Moto Z Play variants but don’t expect a Z4 Force or Z4 Play this year. We’re still looking forward to a Moto foldable phone and the Moto G8 flagship series.