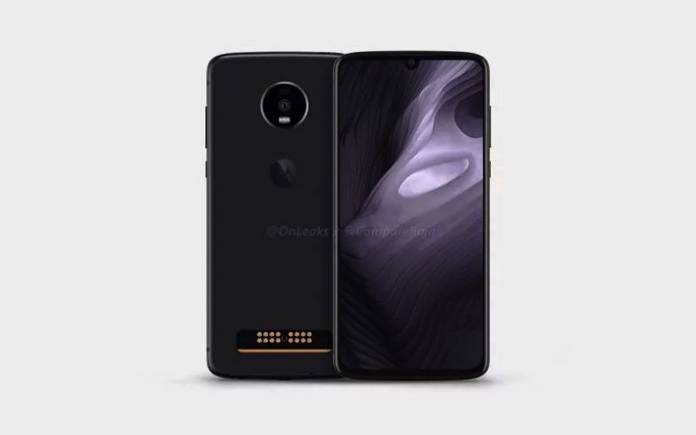 Moto Z4 Play images and 360-degree video renders showed up online early last month. It’s not really early because we noted back in November 2018 that the Moto Z4 could be equipped with a Snapdragon 8150 and 5G Moto Mod support. The Moto Z4 Play may still arrive with a modular design that accepts Moto Mod. The new Moto Z series will include the mid-range phone that works with add-on accessories as a follow-up to the Moto Z3 Play.

After the image renders of the Moto Z4 Play, here are information on the specs and features: 6.22-inch screen with a U-notch, in-display fingerprint sensor, Super AMOLED, Qualcomm 11nm Snapdragon 675 processor, 4GB or 8GB RAM, and a 3600mAh battery. Expect Android 9 Pie OS out of the box.

When it comes to imaging, the Moto Z4 Play is said to arrive with a 48MP sensor (Q Technology S5KGM1SP sensor). It’s the same sensor used on the Huawei Nova 4, Xiaomi Redmi Note 7, and Honor View20.

Rumor has it the Moto P40 will also have the same sensor so we won’t be surprised if the Moto Z4 Play also gets it. We’re not sure if it’s just one sensor or part of a dual camera system.