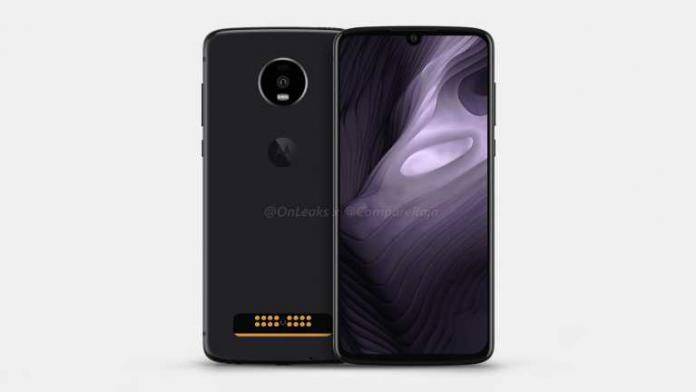 Motorola is definitely staying in the business. We’re being hopeful here because we know the Lenovo-owned company has so much potential. We like the phones the brand releases. We love the idea of Moto Mods that remain compatible with several models. For 2019, expect the Moto G7, Motorola P40, and the Moto Z4 series. When it comes to the Moto Z, we’ve already seen the Moto Z4 and said it may be equipped with a Qualcomm Snapdragon 8150 processor and a 5G Moto Mod support.

This time around, we have renders of the upcoming Moto Z4 Play that we’re anticipating will be out in the first half of the year. The Play variant won’t be a premium phone but will have a large 6.2-inch screen, single rear cam, single selfie shooter, USB-C, and a 3.5mm headphone jack. Dimensions may be around 158 x 75 x 7.25mm.

Moto Z4 Play images below show a waterdrop notch. There seems to be no dropping the notch yet but we understand Motorola. The company may not be ready for the camera hole in-screen technology like Huawei and Samsung.

We see the very thin bezels on the sides, power buttons and volume rocker on the right side, plus the Motorola branding at the back. The Moto Z4 Play could accept the 5G Moto Mod as with the Moto Z4.

Motorola is also believed to be keeping the 3.5mm headphone jack so don’t worry about needing to get adapters. We don’t see any rear fingerprint scanner so we’re assuming the brand will finally implement an in-display/on-screen fingerprint scanner.